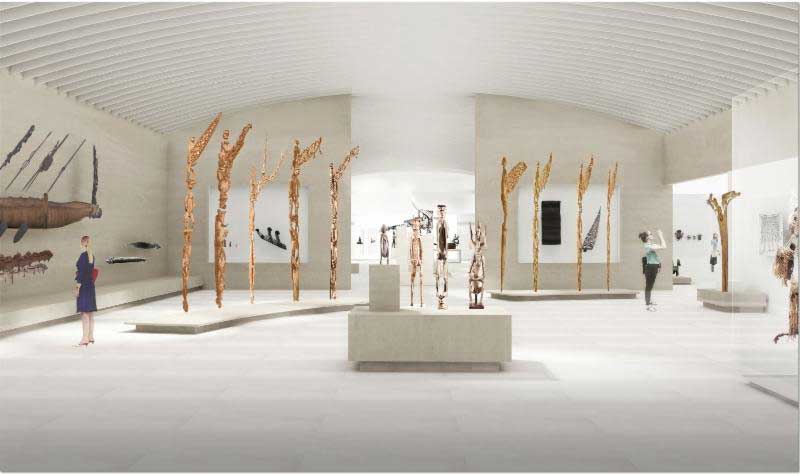 The Metropolitan Museum of Art (the Met) has announced a $70 million renovation project for the Michael C. Rockefeller Wing, with galleries devoted to the Arts of Africa, Oceania, and the Americas.

Architect Kulapat Yantrasast from the firm wHY has been appointed to the project.

Renovation works will begin in late 2020 and are expected to be completed in 2023.

Commenting on the announcement, Daniel H. Weiss, President and CEO of The Met said, “By ushering artistic traditions of three-quarters of the globe into The Met, the building of the Rockefeller Wing helped define us as an encyclopedic fine arts museum. Its expansive and diverse character uniquely resonates with our global city.

“Our Africa and Americas collections alone represent the heritage of a quarter of the U.S. population and half of New York City’s residents. The renovation of this suite of galleries will at once make a unique and timely civic contribution to our community and immeasurably enrich and deepen appreciation of a vast swath of the world’s artistic dynamism.”

Max Hollein, Director of The Met added, “Only at The Met can one move from galleries devoted to the ancient Greek and Roman traditions that inspired the Renaissance into galleries filled with the non-European traditions that gave birth to Modernism. Within AAOA alone there is the potential for highlighting parallels and contrasts that consider how societies across hundreds of cultures, five continents, and 5,000 years have addressed issues of authorship, patronage, trade, governance, state ideology, and ancestral commemoration.

This major reinstallation of a core part of The Met’s global collection and the extraordinary design by Kulapat Yantrasast will be a manifestation of our ability to further advance the understanding, appreciation, and contextualization of the world’s most significant cultures.”

The Met was named Trip Advisor’s Travelers’ Choice for Best Museum in the World for the third consecutive year. The museum is New York City’s most visited tourist attraction for both domestic and international visitors.

The Heavenly Bodies: Fashion and the Catholic Imagination show has become the museum’s most visited exhibition.

Image: The Metropolitan Museum of Art