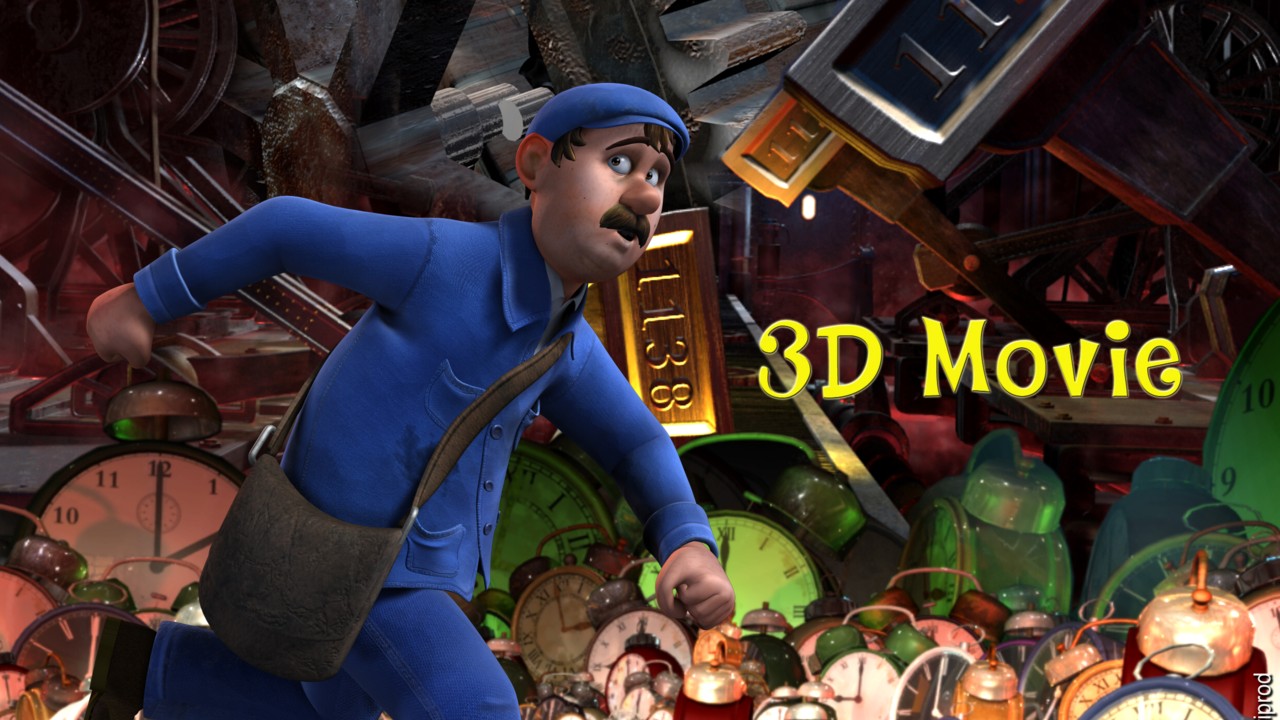 Interactive attractions and film specialist, thejuice has announced that its latest 3D/4D movie is available for licensing.

The award-winning animated adventure, ‘Time Out’, was recently honoured at the Short Film International Festival in Soria, Spain.

The film, created in high-definition 3D with ‘highly impactive 4D effect’ tells the story of an accident prone clockmaker whose day takes an unexpected turn. A series of blunders propell him on an immersive journey through the clock he is mending into the world of time itself.

“The film is a French co production highlighting great talent and we are proud to be part of the team helping to promote such great work, ” said sales director at thejuice, Pauline Quayle.

thejuice, based in the UK, creates and licenses 3D/4D computer-generated original and custom films for cinemas, 360, domes and curved screens.