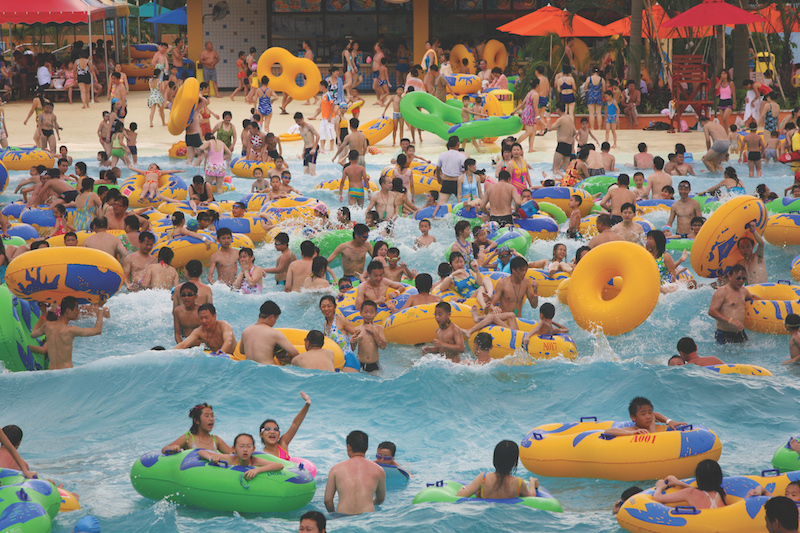 The Themed Entertainment Association (TEA) and AECOM have published their latest Theme Index and Museum Index. The report reveals mixed attendance results in 2016 at the world’s leading theme parks, waterparks and museums.

Whilst visitors to the top 25 theme and amusement parks dipped by 1.1%, attendance at the top 20 waterparks grew by 3.6%. Outperforming the rest of the sector, the top 10 global theme parks groups recorded a combined 4.3% increase in guests, up from 420 to 438 million. Visitor numbers at the world’s 20 most popular museums were up by 1.2%.

“Following record-setting numbers in 2015, attendance results in 2016 were more modest but still reflective of a healthy, growing industry,” reports John Robinett, senior-vice president of Economics at AECOM. “Most markets saw slow, steady growth, while weather, tourism and political issues contributed to minor declines in others.”

The study suggests the slight overall decline in attendance at the top 25 theme parks was driven largely by anomalies in Asia. In some areas, revenues grew even where attendance did not, notably at Disney parks in North America. The report reveals an evolving theme park industry with many new ventures and developing markets. These are offset by well-established operators who continue to refine and improve ways of doing business.

All of the top 10 parks worldwide last year were Disney and Universal properties. Disney’s Magic Kingdom in Florida held on to the top spot with 20,395,000 guests, down slightly from 20.49 million in 2015. Universal Studios Japan, in fourth place, did relatively well with a 4.3% increase from 13,908,000 to 14.6 million. Shanghai Disneyland was a new entrant at no.21 with 5.6 million. That figure is behind Hong Kong Disneyland (no.17 with 7.2 million) but only accounts for the less than six-month period the park was open in 2016.

The most popular park not operated by the two industry giants last year was Chimelong Ocean Kingdom, in 12th place. The marine theme park at Hengqin island in China welcomed 8,474,000 guests – an impressive 13.3% leap over an already strong 2015. Amid ongoing pressures, SeaWorld Florida in Orlando slipped from no.9 to 25 with a 7.9% fall in attendance from 4.77 to 4.40 million.

Chimelong retains the world’s leading waterpark title with 2,538,000 guests (+7.9%) at Chimelong Water Park in Guangzhou. Also recording attendance increases of at least 7% were Everland’s Caribbean Bay in South Korea, Brazil’s Thermas Dos Laranjais, Hot Park Rio Quente and Beach Park, Sunway Lagoon in Malaysia, Tropical Islands outside Berlin and Atlantis Water Adventure in Jakarta, Indonesia. Fantawild’s waterpark in Wuhu, China, rocketed into the global top 20 with a 44.6% increase. Attendance was up from 708,000 to 1.024 million, securing it the no.20 spot.

The National Museum of China is now the world’s busiest, scooping the title from the Louvre in Paris. The free museum in Beijing welcomed 7,550,000 in 2015 (+3.6%), compared to 7,400,000 paying visitors (-14.9%) at the Louvre. The National Air and Space Museum in Washington DC, USA, finished in second place with 7.5 million (+8.7%). The biggest growth last year was recorded at Tate Modern in London, finishing at no.10 with 5,839,000 visitors (+23.9%). Like most British museums/galleries, it offers free entry but charges for special exhibitions. The modest growth across the top 20 museums is generally attributed to a dearth of blockbuster exhibition openings in 2016.

New features in the Theme Index 2016 include a table showing the positive effects of parks adding a second and third gate. In addition, there is in-depth analysis of museums now that the Museum Index has run as part of the report for the past five years.

Further key figures are as follows:

The complete 2016 TEA/AECOM Theme Index can be downloaded here.