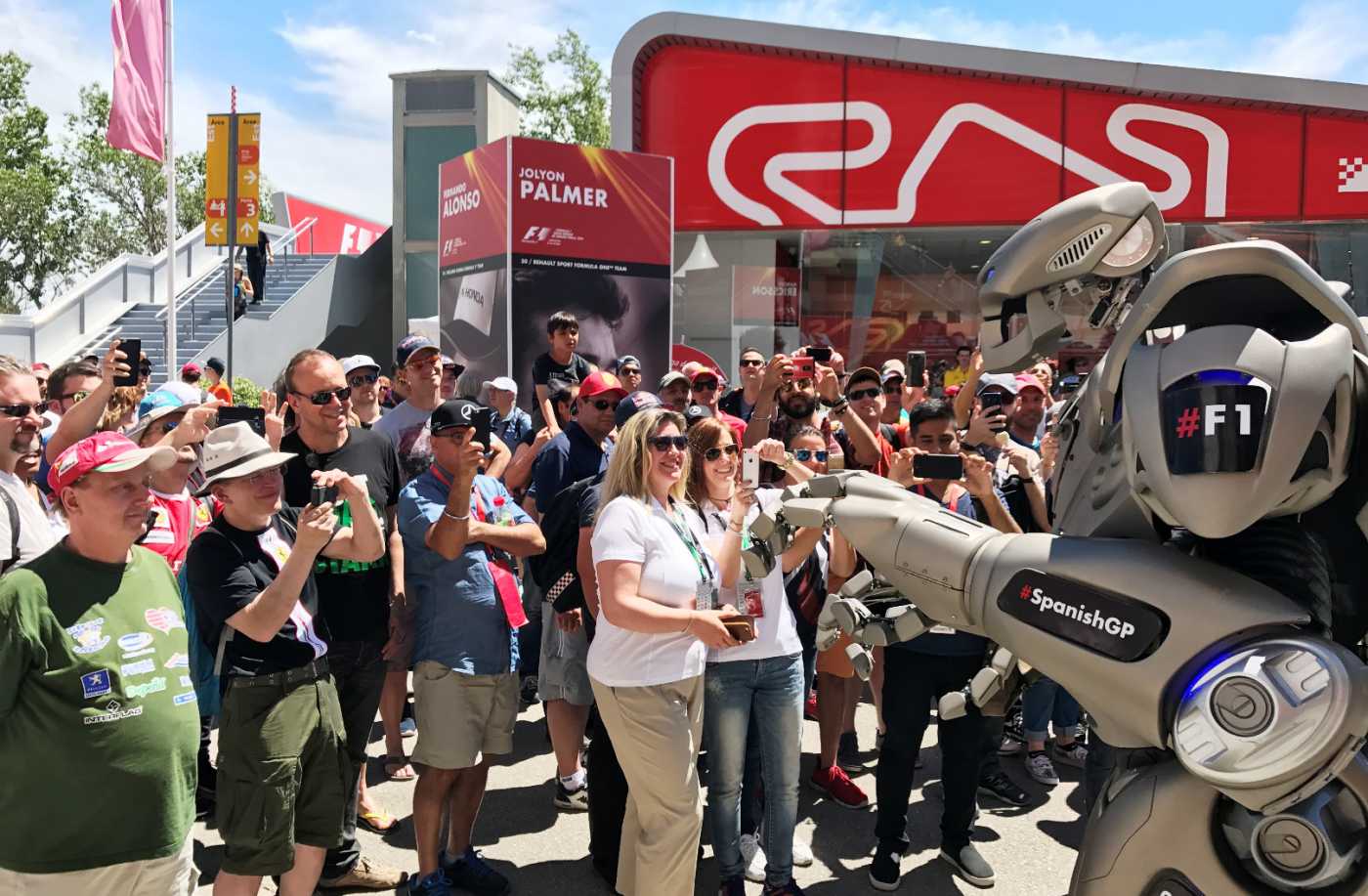 Titan the Robot, Cyberstein Robots’ 2.5 metre robot with attitude, has been revving it up at the Formula 1 Spanish Grand Prix.

Millions of viewers from around the world saw Titan in action at the Circuit de Catalunya on May 14th 2017.

The robotic rascal was teasing the drivers in the paddock to the delight of onlookers during practice and on the race day itself.

Formula 1 stars Fernando Alonso, Sebastian Vettel and Kimi Raikkonen all enjoyed some lively banter. Titan was even kind enough to cool down Sky Sports News’ Craig Slater by spraying him with water.

‘This was an amazing event for our company to be a part of, especially as it was for such a high profile client such as Formula1,” commented Mark Woods the Business Development Director at Cyberstein Robots.

Titan the Robot has proved to be a media magnet at events across the globe and his universal appeal is guaranteed to draw crowds. Equally at home at any event or leisure destination, he sparks a social media frenzy wherever he appears.

“I believe we have shown the entertainment industry just how versatile Titan can be and how much demand there is for entertainment like this the world over,” added Woods.

Titan the Robot is the creation of Cyberstein Robots founder, Nik Fielding, a self-confessed science-fiction buff. Demand for the robot has grown so much in the Middle East that the company now has a Titan stationed there permanently and flies a crew out to operate it. Recently, the robot was invited to accept a ‘Best Marketing Campaign’ award on behalf of Toyota, reflecting Titan’s key contribution to the success of the campaign.