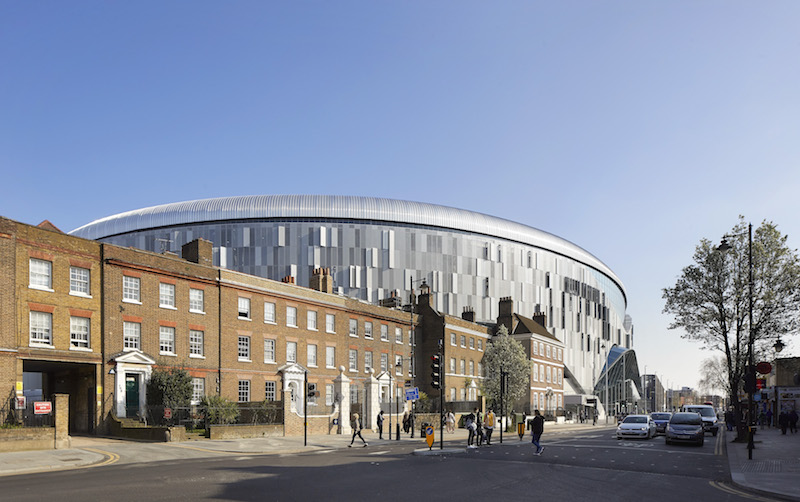 With a capacity of 62,062, the venue is the biggest club stadium in London, and the first in the world to be custom-built to host both Premier League football matches and NFL games.

“Our new stadium and wider scheme has been developed to deliver an unrivalled fan experience and significant benefits to our local community,” said Daniel Levy, Tottenham Hotspur Football Club Chairman.

“We want to make this venue a world class sports and entertainment destination for everyone, in our birthplace of Tottenham.”

“This is a game changer,” added Christopher Lee, Managing Director of Populous. “There is no doubt in my mind that the new Tottenham Hotspur Stadium is the best stadium in the world, and has set an incredible benchmark to follow.

“Daniel has challenged us at every point in the journey, but this has led to a stadium which will be the crucible of the club’s passion for generations to come.”

Alongside the stadium, the Tottenham Experience contains the largest retail space of any club in Europe, an interactive museum, the Tottenham Hotspur archive, and a café with outdoor seating.

The second phase of the Tottenham Hotspur’s development of the site is now set to begin. It will include a 180-bedroom hotel, an extreme sports building with the UK’s tallest climbing wall, a community health centre and 222 new affordable homes.

Elsewhere, Comcast Spectacor, The Cordish Companies and Populous have announced plans for a $50 million, next-generation esports and entertainment venue in the Philadelphia Sports Complex.