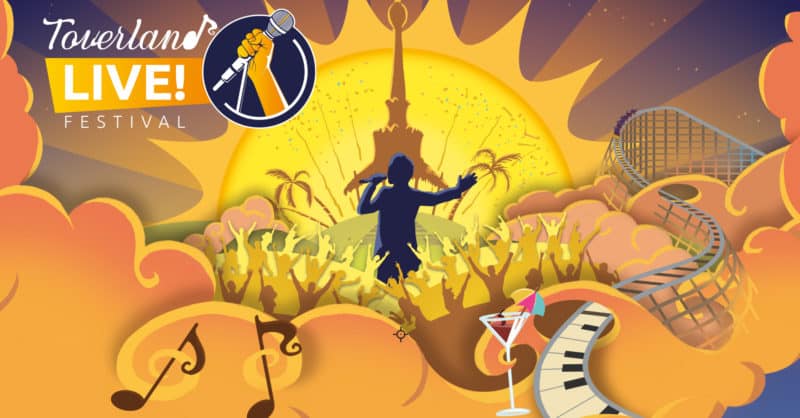 In addition, seven top attractions – including wooden roller coaster Troy and wing coaster Fēnix – will be open for night rides.

The main stage at Port Laguna boasts live music performed by cover band NOAH and their lead singer Stef Classens from The Voice of Holland.

The final performance on the main stage will feature André Hazes Jr, a Dutch singer, alongside his twelve-man band.

There will be tropical vibes over at the Rewind Stage in Magische Vallei, while the Local Stage in Ithaka features The Voice of Holland‘s Nienke Wijnhoven.

Finally, the area by wing coaster Fēnix will become a unique club, featuring night rides on Fēnix and the sounds of DJ La Fuente.

“Toverland LIVE! is all about enjoying a magical festival atmosphere together,” said Janou Gelissen, creative and commercial advisor.

Attractions including Troy and Fēnix open for night rides

A post shared by Attractiepark Toverland 🎢 (@attractieparktoverland) on Feb 20, 2020 at 7:21am PST

“Not only can our visitors party near their favourite stages, but they can also enjoy rides on Toverland’s most popular attractions.

Meanwhile, Toverland welcomed a record number of visitors in 2019. The attraction hopes to host more visitors in the coming years by adding new expansions and a hotel.

Toverland also confirmed longer opening times and more events for 2020. It has extended seasonal and normal opening hours, and is putting on more events than ever in 2020.

Toverland LIVE! is on May 15, 2020 from 7pm until midnight. Tickets are available from March 9, and the event is for guests aged 18 and over.