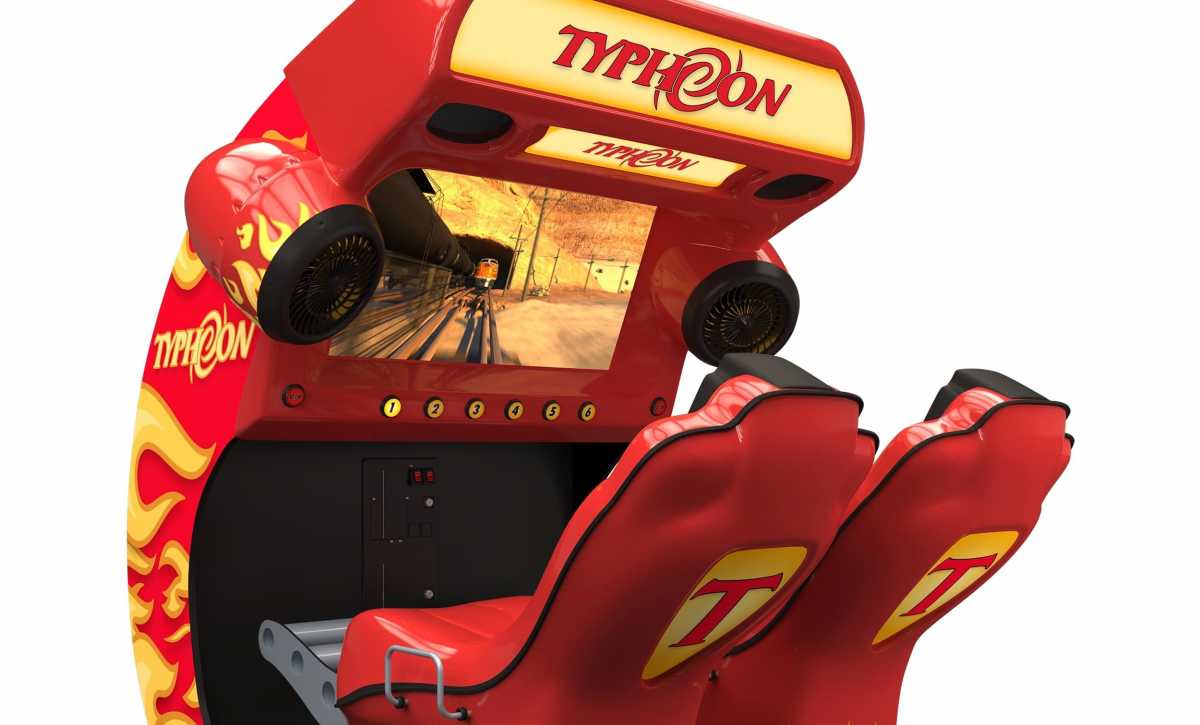 Media-based attractions specialist, Triotech, is launching a special edition of its Typhoon coin-op simulator to celebrate the model’s 10th anniversary.

The revamped Typhoon will be unveiled at next week’s IAAPA Attractions Expo in Orlando.

Since its inception a decade ago, the Typhoon’s appeal has never waned. Featuring two motion seats side by side, it was one of the first coin-op simulators to offer a shared experience. It has also managed to appeal to all ages and genders, thanks to a varied movie selection.

The new 10th anniversary edition not only looks different, it also features a 4K resolution screen, as well as a special 10-film selection for a whole new immersive experience.

Typhoon tops the chart for earnings

“We’re proud to launch Typhoon’s 10th anniversary edition,” noted Gabi Salabi, Chief Commercial Officer of Triotech. “This product continues to be on the top of the chart for earnings. It has become a reference in the industry for coinop simulator rides.”

While the Typhoon combines the traditions of coin-op gaming with new technology, Triotech’s VR Maze is unashamedly at the cutting-edge. In September, the company partnered Ubisoft to create new free-roaming virtual reality experience – Assassin’s Creed: The Temple of Anubis. The compact VR Maze has been designed to bring free-roam VR within reach of smaller attractions.

Meet the Triotech team and see the Typhoon 10th anniversary edition at Booth #1578, IAAPA Attractions Expo in Orlando, from November 13th to 16th, 2018.

Founded in 1999, Triotech is a leader in the creation of award-winning immersive and interactive media-based attractions for the entertainment market. With more than 350 installations in over 60 countries worldwide, the company offers integrated turnkey solutions for digital attractions including content developed in its own studio in Montreal, Canada. 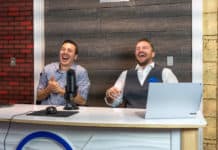 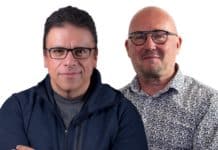 California theme parks are exploring legal action in order to pressure the state into allowing them to reopen, revealed during a virtual press conference held by CAPA. ...