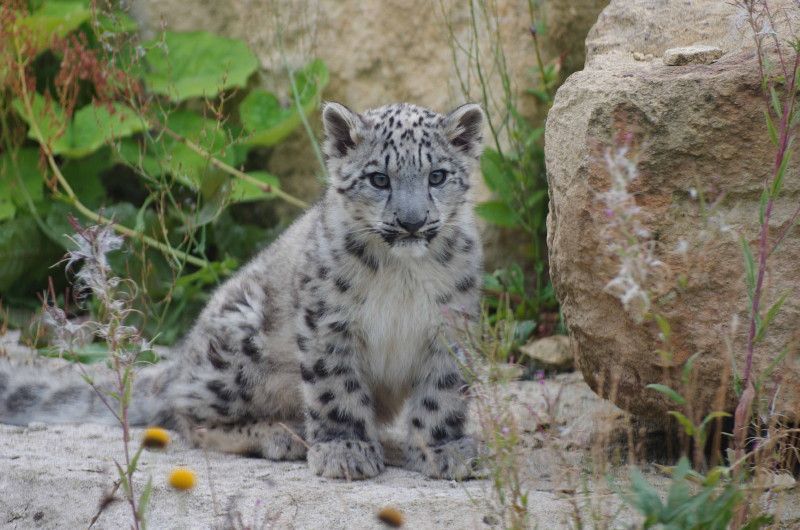 Amur Leopards are someof the world’s rarest big cats. Native to Russia’s Far East forests and mountains, this critically endangered species suffers from habitat loss, increasing prey scarcity, and diseases, as well as being poached for their beautiful fur.

Extremely difficult to observe in their natural habitat, there are thought to be less than 70 individuals in the wild.  With just 200 Amur leopards in zoos across the world, the new cubs at Twycross Zoo will help ensure healthy genetic lines in the captive-bred, and potentially wild, populations.

Twycross Zoo is working with partner organisations towards the reintroduction of these animals into the wild and securing the continuation of viable wild populations. In June 2015, the Russian government approved a plan for the Amur leopards’ reintroduction.

In the wild, Amur leopard cubs usually leave the mother before reaching two years of age. One of the Zoo’s first pair of cubs, born in 2014, has moved to Highland Wildlife Park in Kincraig, Scotland earlier this year, and the other will soon be transported to Tallinn Zoo in Estonia.

Dr Charlotte Macdonald, Director of Life Sciences at Twycross Zoo says, “We are excited about our new arrivals and it is great to see how their mother is confidently responding to the cubs now that she is a more experienced mum. The three of them remain hidden away in a special birthing den, but the cameras inside allow us to monitor the babies’ progress without disturbance. The birth is fantastic news for the entire species as Twycross Zoo actively participates in the conservation of the critically endangered Amur leopards and captive-bred cubs such as these two could help ensure the long-term survival of the species.”

The young cubs have not yet ventured outside the den, but visitors can watch them in a live-stream via a big screen outside the leopards’ enclosure.