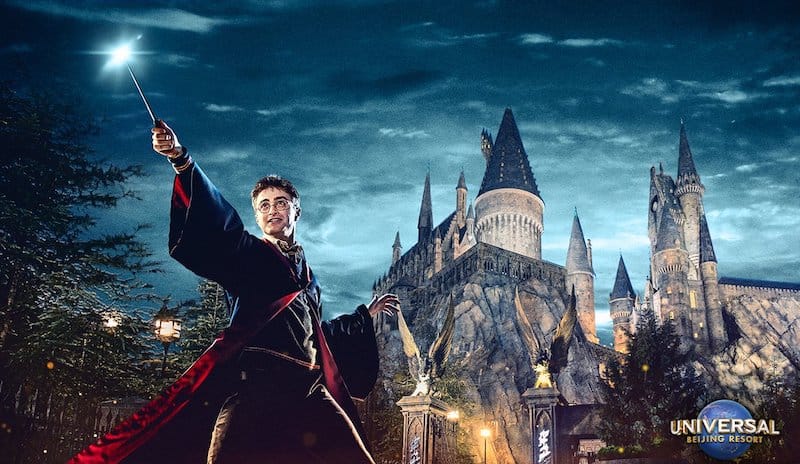 Universal Beijing has released a magical video teasing the “pulse-pounding rides and attractions” of The Wizarding World of Harry Potter, debuting as part of UBR in 2021.

Alongside a video posted to Twitter and YouTube, UBR wrote: “Step into a world of magic and excitement inside The Wizarding World of Harry Potter.

“You can follow in Harry’s footsteps and discover the Wizarding World, encounter fantastic beasts and visit the wizarding village of Hogsmeade at Universal Beijing Resort in 2021.”

The short clip features popular scenes from the Harry Potter films, as well as concept art of the themed area at Universal Beijing.

“Plus, experience pulse-pounding rides and attractions that transport you into a world of spellbinding excitement,” the video reveals.

Visit the village of Hogsmeade at Universal Beijing

Universal Beijing Resort is scheduled to start trial operations next spring, before opening to the public as scheduled in May, according to officials in China.

Meanwhile, construction on the main buildings of Universal Beijing Resort is complete, and building work on the globe at the entrance is expected to finish in September.

Beijing International Resort Co Ltd, which owns UBR, previously said that construction is expected to be completed by the end of 2020.

Universal Beijing scheduled to launch in 2021 The indoor studio attraction will offer experiential entertainment, taking visitors on an exciting behind-the-scenes tour of the Wizarding World.