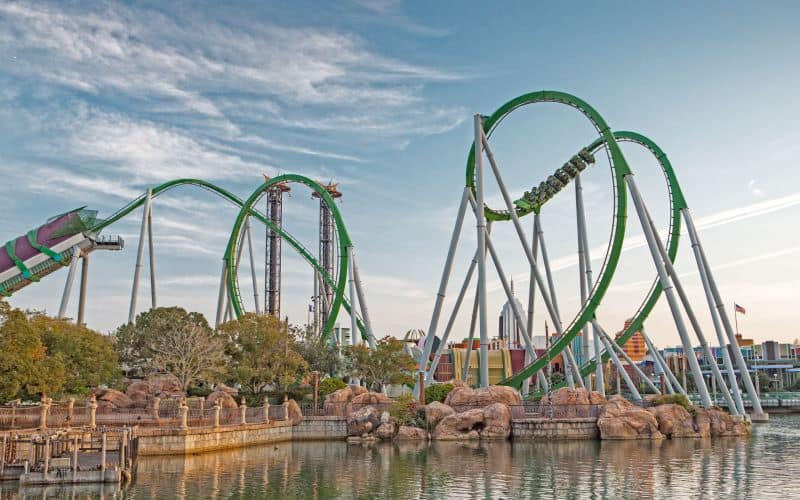 A new report says that Universal Orlando is seeing an increase in attendance, and is currently receiving more visitors than Disney parks.

The Orlando Sentinel reports that according to an analyst note from Deutsche Bank, Universal Orlando is seeing an “uplift” in attendance.

Although attendance on Saturdays is 64% down from 2019, it is still the highest figures since the park reopened. In contrast, Disney theme parks are currently operating at 80% less than last year.

This report was conducted by Bryan Kraft and Benjamin Soff from Deutsche Bank. They used proprietary geolocation data to create the analysis.

This attendance data seems to represent Walt Disney World and the international Disney parks that are currently open.

At Walt Disney World, Epcot and Animal Kingdom are the two most popular parks, with Magic Kingdom and Hollywood Studios being less popular.

Universal Orlando theme parks reopened on June 5, just over a month before Walt Disney World which started a phased reopening on July 11. By mid-July, Florida was seeing a rise in coronavirus cases.

However, the Orlando Sentinel reports that the coronavirus rate is now dropping in Florida. The Deutsche Bank report states that “given this ongoing improvement in Universal’s attendance and declining new daily COVID cases in Florida, we believe that Disney World will also see some benefit.”

Bob Chapek, CEO of the Walt Disney Company, acknowledged earlier this month that the rise in coronavirus cases in July made tourists less likely to visit. In a Q3 earnings call, Chapek said that there is “some level of trepidation to travellers who are anxious about long-distance travel jumping on a plane and flying to Walt Disney World.”

However, Chapek remained positive, saying that the “research indicates that, and our bookings indicate, that we should be in good shape once consumer confidence returns.”

Universal Orlando Resort and Universal Studios Hollywood have decided not to hold the annual Halloween Horror Nights events this year because of the coronavirus pandemic.

Universal’s Super Nintendo World is set to open in Japan later this year.