Fast & Furious is one of the world's most lucrative film franchises

A Fast & Furious ride, based on one of the highest-grossing film franchises of all time, will launch at Universal Orlando next year.

In Spring 2018, the action film bristling with high-speed car chases, gets the Universal treatment. Visitors can now explore an immersive Fast & Furious world.

Petrolheads can drool over 15 authentic Fast & Furious cars, which appeared in the film franchises. Furthermore, three vehicles have been created especially for the attraction, according to Universal Orlando’s website.

Each car, including Dom’s Dodge Charger and Letty’s Turbo Truck, has been built by Dennis McCarthy, the man behind the cars for the Fast & Furious films.

McCarthy, a picture car coordinator, talked about the most number of cars he has supplied to Fast & Furious. “It’s a tie between number six and five. I’m leaning toward five. Unbelievable destruction. Fifteen to twenty cars a day. Nonstop,” he told Hotrod.

Visitors will be able to select a time to experience the Fast & Furious ride – Fast & Furious – Supercharged via the Official Universal Orlando Resort Mobile App or at kiosks located near the attraction entrance.

In addition, the app enables users to purchase theme park tickets and then scan them at the turnstiles. It also allows shows accurate wait times for rides and attractions, along with schedules for show performances. 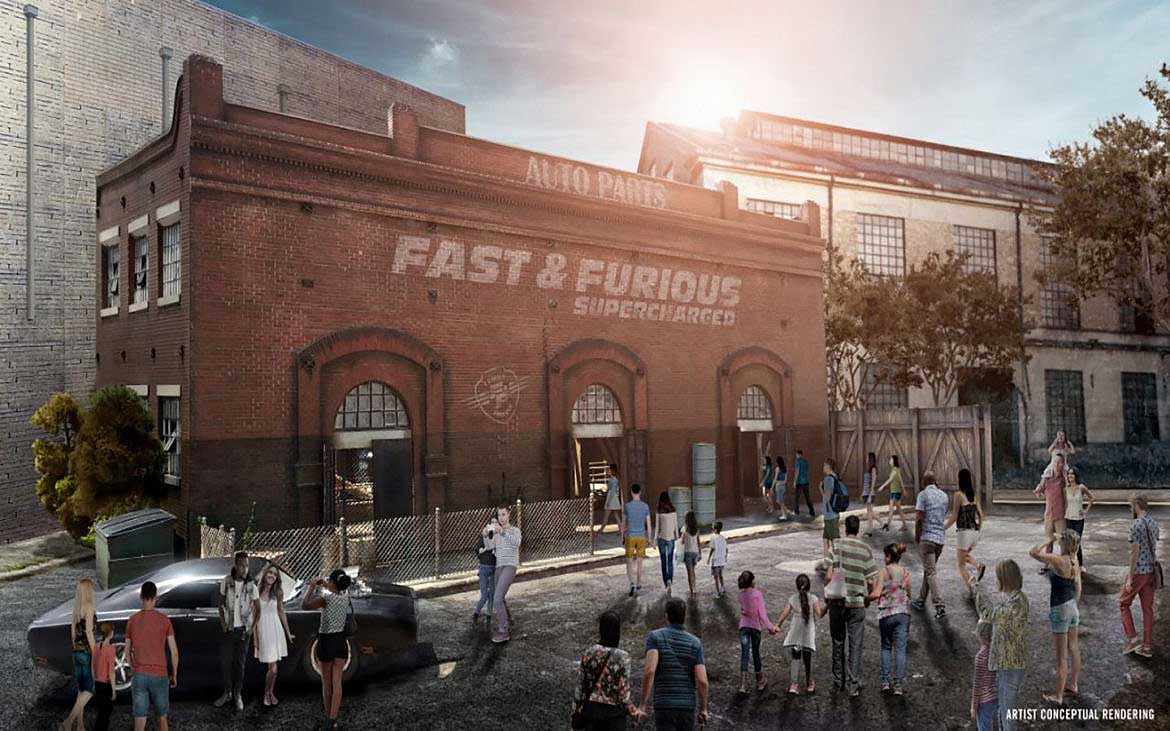 Artist’s impression of the front entrance to Fast and Furious – Supercharged.

The immersive story builds and expands on the film, with up-close and personal encounters with Fast and Furious characters.

At the entrance to the Fast & Furious ride, Dom’s Dodge Charger is parked outside, while the soundtrack plays from memorable scenes, as guests walk through places such as the Family Room and Tej’s high-tech War Room.

The eighth instalment of one of the world’s biggest film franchises, The Fate of the Furious, opened in April 2017. The $3.9 billion series has already reached record-breaking numbers in China, taking in over $45 million in the pre-sale tickets.

Disney California Adventure’s Pixar Pier to include The Incredicoaster