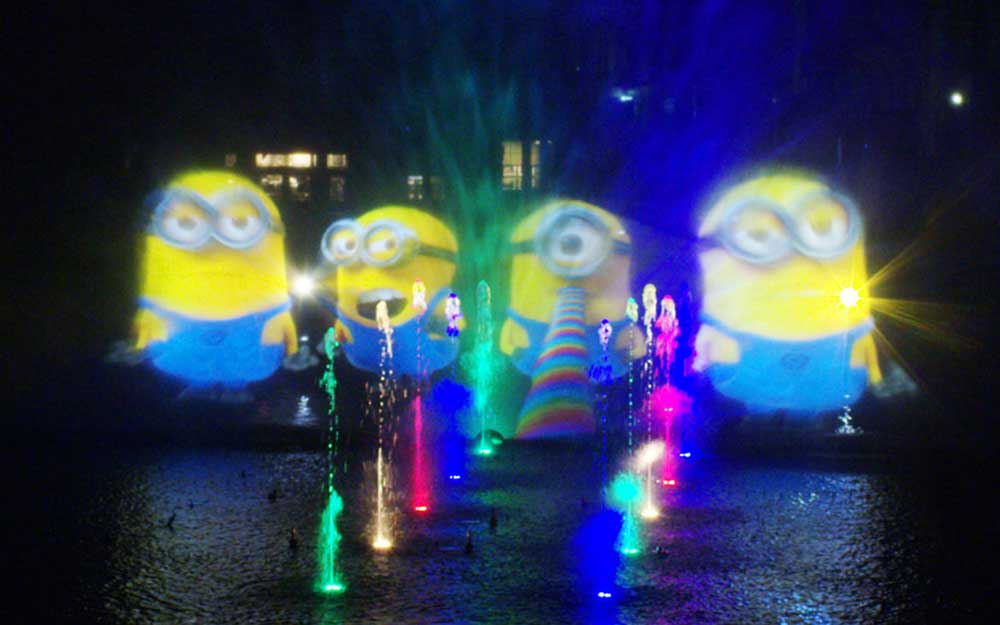 The new show features a range of exciting effects, including more than 120 dancing fountains, alongside full panoramic water screens, including multi-layer water screens. Wild pyrotechnics fill the sky, and the show also utilises projection mapping onto the buildings surrounding the lagoon.

The show includes characters from favourite Universal Orlando attractions and movies, accompanied by wild effects. These include the Minions, Jurassic World, ET, Trolls and, of course, Harry Potter. Visitors will see spells being cast and hear the roars of Jurassic World dinosaurs. They will watch the Minions create their usual mischief and thrill to high-octane action from the Fast & Furious movies. An exciting soundtrack accompanies the experience.

Visitors will watch the spectacle from the all-new, designated viewing area that has been built specifically for the show.