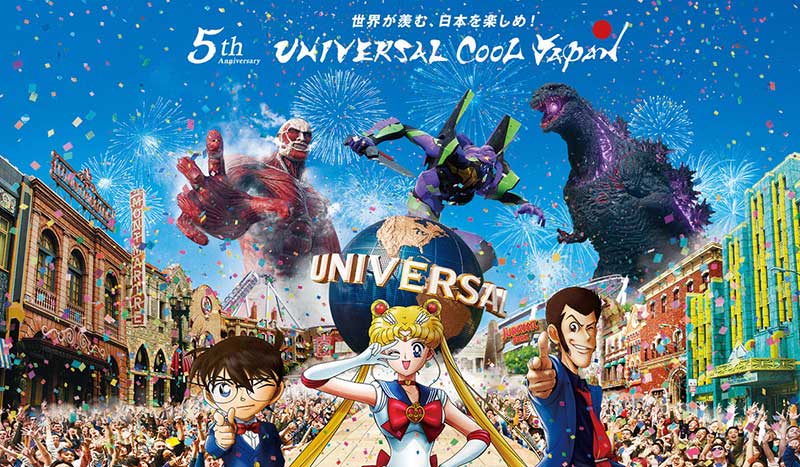 Universal Studios Japan is celebrating the fifth incarnation of its Cool Japan event from January 18th until August 25th, with IPs such as Detective Conan, Lupin the Third, Godzilla and Evangelion.

2019’s Universal Cool Japan will be the longest and the largest manifestation yet of the festival that breathes life into internationally popular Japanese entertainment brands, immersing visitors in their vivid worlds.

This year, Cool Japan has been divided into a ‘Spring Term’ and a ‘Summer Term’, which bring together the immersive and realistic worlds of six iconic brands.

The ‘Spring Term’, features Lupin the Third and Detective Conan, and runs from January 18th to June 23rd. The ‘Summer Term’, featuring Godzilla, Evangelion, Sailor Moon and Attack on Titan, runs from May 31st to August 25th. 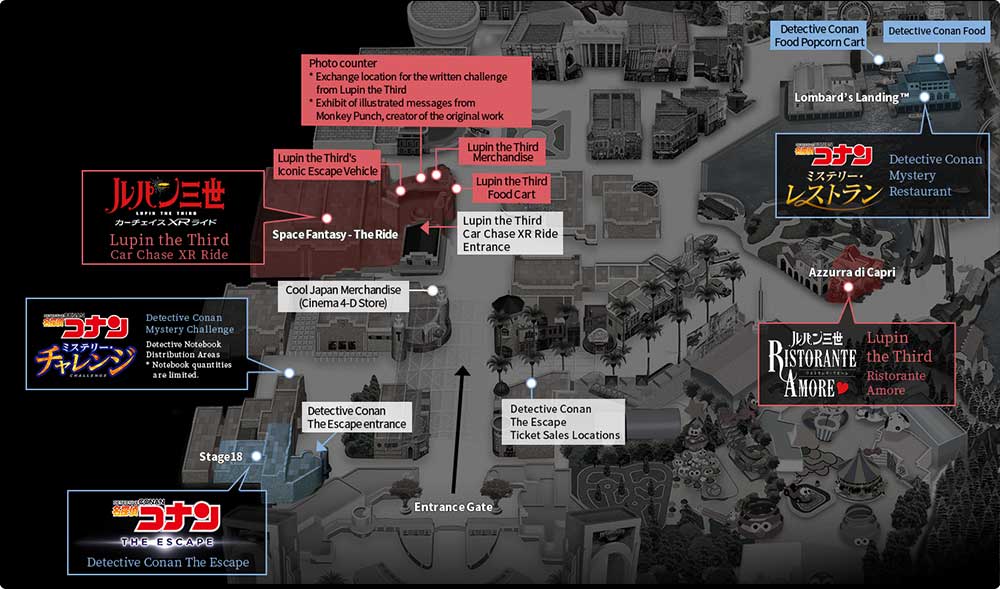 The IPs inspire eight attractions, including Detective Conan: The Escape, a real escape game in which players unravel a mystery with Conan and the gang, searching the park to solve a case.

Lupin the Third Ristorante Amore, is an immersive themed restaurant, open until May 26th

Lupin the Third Car Chase Ride is a VR overlay of Space Fantasy-The Ride to create an XR rollercoaster. Visuals are synchronised with physical sensations as participants take art in a car chase through a fictional town.

Further details of attractions for the four spectacular worlds featured in the Summer Term – Attack on Titan, Godzilla, Evangelion, and Pretty Guardian Sailor Moon – are to follow. But the theme park’s website promises “Godzilla and Evangelion debut in a premier collaborative attraction that can only be seen here!”

It will be, according to Universal Studios Japan, “A festival of endless thrill.”