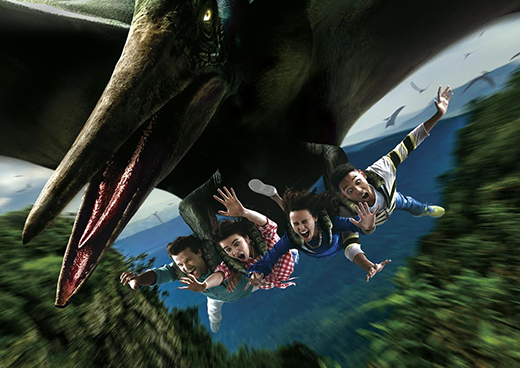 Universal Studios Japan, which celebrates its 15th anniversary on March 31st 2016, has announced a new addition to the theme park – the world’s highest flying coaster – “The Flying Dinosaur”.

Visitors riding "The Flying Dinosaur" coaster will hang in the talons of a Pteranodon, wheeling 360 degrees in the air and flying at speed over the Jurassic Park themed world below.  The Flying Dragon’s total length will be 1, 124 meters, with a first drop of 37.8 meters.

Universal Studios Japan’s motto is "Bringing you the best of the world".