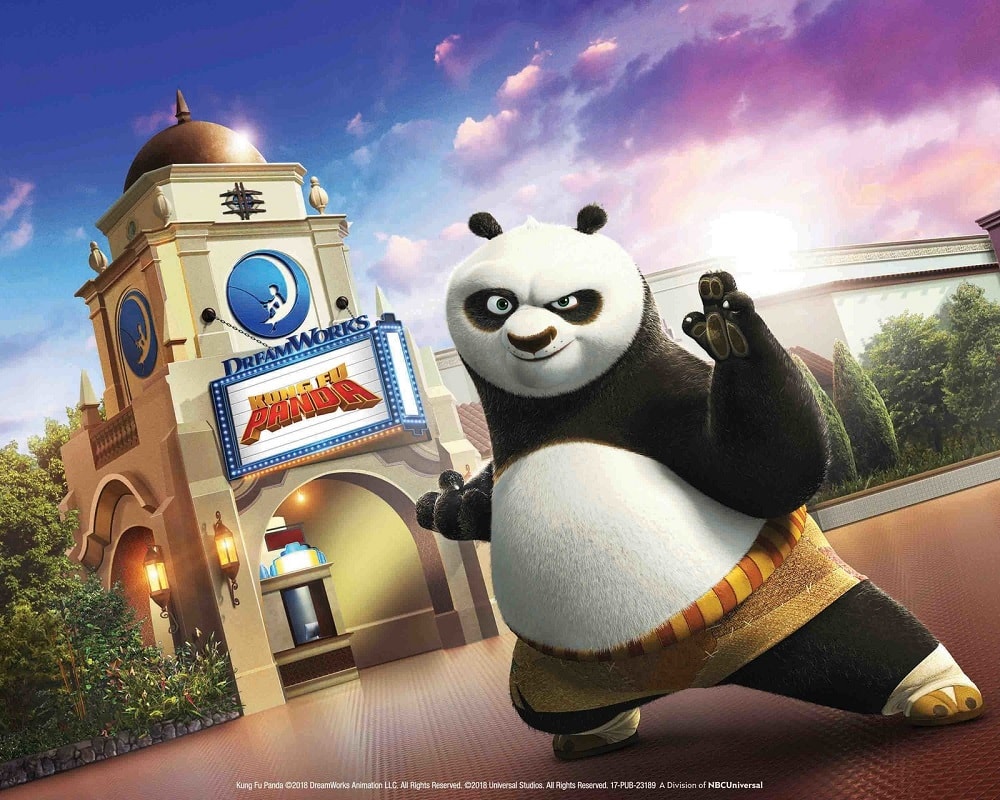 Kung Fu Panda – The Emperor’s Quest will be located in the new DreamWorks Theatre at Universal Studios Hollywood. Inspired by the animated film franchise, the attraction will take guests on a journey with dragon warrior Po to deliver the precious Liquid of Limitless Power to the emperor’s palace. The adventure will include raging rapids, river pirates, magic and Kung Fu.

Created and produced by DreamWorks Animation and Universal Creative, the attraction will use new technology, including the first-ever integration of interior projection mapping to create a 180-degree immersive adventure for guests.

This new technique will display a series of immersive and dynamic scenic designs to transform the interior space and enhance the story. The attraction will also use seven Christie 4K Boxer Cinema Projectors and 360-degree surround sound audio as well as articulated seats and physical effects including water and wind.

The story will start in a pre-show area of the theatre where guests will meet a range of DreamWorks characters who kick-off the narrative. The experience will be scored by composer Germaine Franco.

The DreamWorks Theatre building has been designed to reflect Mission revival architecture and Hollywood’s art deco period of the 1920s. It will include a box office ticket seller booth staffed by a Pinocchio character asleep on the job.

NBCUniversal, a division of Comcast, acquired DreamWorks Animation for $3.8bn in 2016 bringing popular intellectual properties such as Shrek, Madagascar, Kung Fu Panda and How to Train Your Dragon into the NBCUniversal portfolio.

Disney bringing Guardians of the Galaxy roller coaster to Epcot