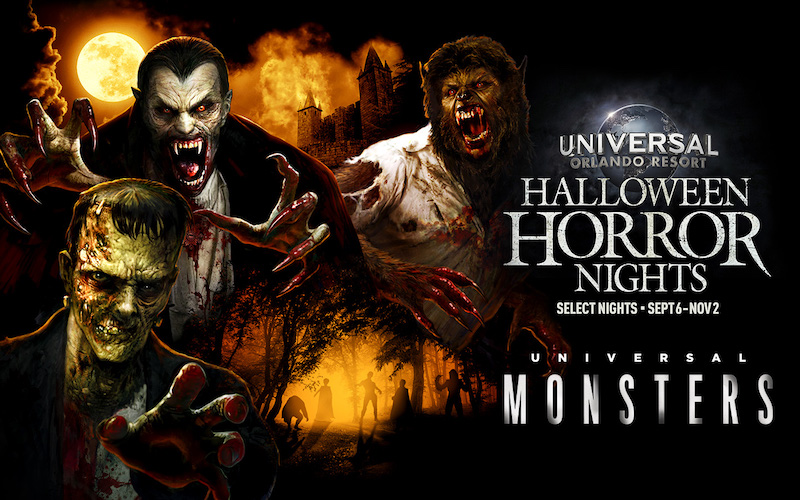 Universal Pictures’ legendary monsters are returning to the California attraction, and making their debut in Florida.

News of ‘Universal Monsters’ at Halloween Horror Nights comes after the resorts teased the return of Stranger Things, and unveiled Nightingales: Blood Pit as the first original content haunted house.

The California attraction will introduce an all-new horrifying maze, ‘Frankenstein meets the Wolf Man’, which is loosely based on Universal’s 1943 horror film of the same name.

The maze takes guests on a terrifying journey, where they’ll witness a deadly confrontation between the horror icons.

Following in the footsteps of Frankenstein’s Monster, guests will be lead to a gypsy camp where they seek sanctuary from a mob of angry villagers, before heading to a creepy cemetery and into the ruins of Castle Frankenstein and its icy cellars beneath.

Once again, musician Slash will collaborate with Universal Studios Hollywood to compose an original score for the maze. 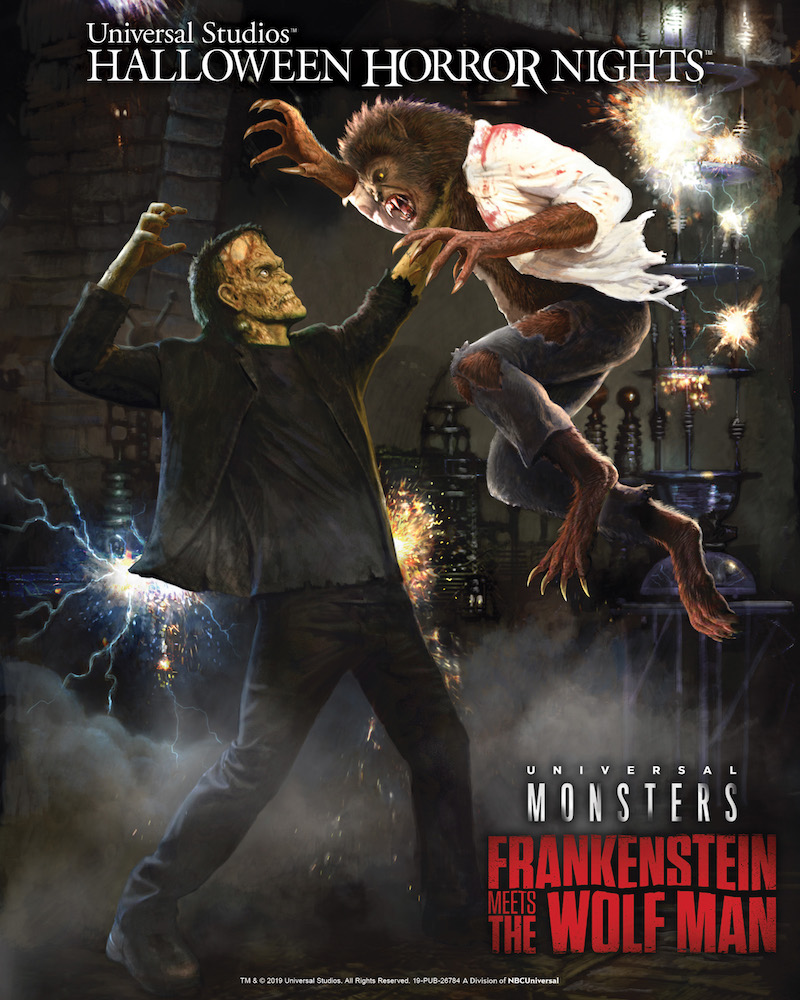 At Universal Orlando Resort, guests will be hunted by every single grisly monster from the Universal Monsters anthology, including Dracula, the Wolf Man and Frankenstein.

They’ll face bloody terrors in Dracula’s castle, run from the monster in Dr Frankenstein’s laboratory, fall pray to an ancient Egyptian curse as they’re pursued by the Mummy, and attempt to escape the Creature from the Black Lagoon.

Stranger Things at Hollywood and Orlando

This year’s mazes pick up where last year’s left off, continuing the suspenseful storyline where a predatory entity terrorises the small town of Hawkins, Indiana, and delving even further into the parallel universe, referred to as the Upside Down.

The mazes on both coasts will also parallel the show as it leaps forward to 1985, taking guests on an excursion through portions of Stranger Things season 3, which begins streaming July 4 on Netflix.

From New Year’s Eve to Valentine’s Day, from Easter to the Fourth of July and from Thanksgiving to Christmas, Universal Studios Hollywood is adding the all-original Halloween Horror Nights maze, ‘Holidayz in Hell’, inspired by the popular scare zone of the same name.

HOUSE REVEALED: The bloodthirsty nightingales have come to feed this #HHN29. Check out more details with the link in our bio.

From the minds of Universal Orlando’s Entertainment team, guests will enter an all-new horrifying original story featuring nightingales, a grisly race of creatures.

Guests will be transported to ancient Rome where they must escape the gladiator arena as the bloodthirsty nightingales begin to feed on the dead and dying.