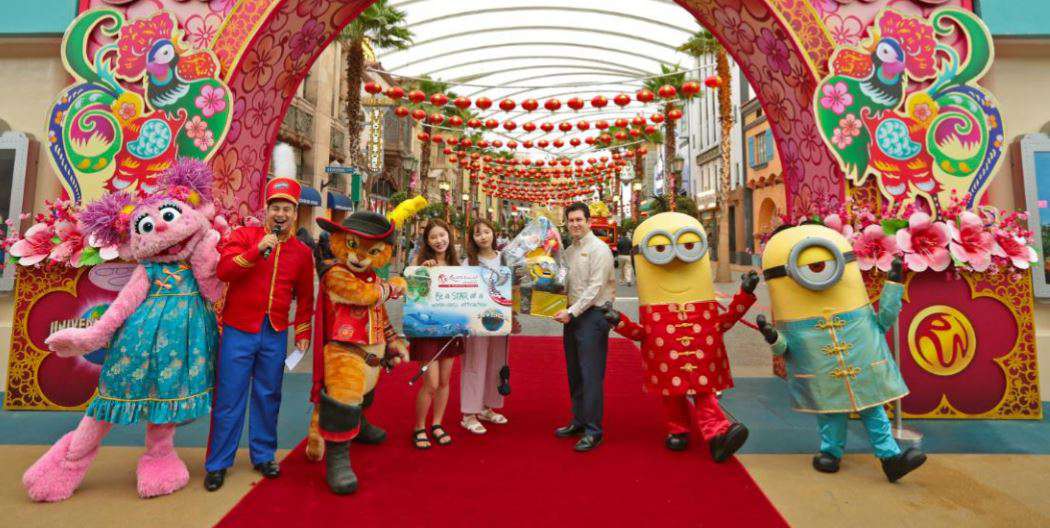 Universal Studios Singapore has given the red carpet treatment to its 25 millionth guest.

Two lucky students from South Korea were presented with a hamper of goodies and given a VIP tour.

“This milestone could only be achieved with the strong support from visitors, locally and globally, ” commented Jason Horkin, Senior Vice President of Attractions at Resorts World Sentosa.

“Since we opened in 2010, Universal Studios Singapore has remained the top destination for thrilling movie-themed rides and attractions in the region. We will continue developing new and exciting events to enhance visitor experience and keep our offerings fresh for visitors.”

Recent crowd-pleasers at the 20-hectare park include the Universal Journey, which holds the Guinness World Record for the largest light bulb display in an indoor venue. The attraction, which features eight thematic zones, will continue to dazzle as part of the Lunar New Year festivities.

The park’s Halloween Horror Nights have proved another hit. The scare-fest has won Best Leisure Event for two consecutive years (2015 and 2016) at the Singapore Tourism Awards.

Last April, the theme park also hosted the fan premiere for the movie, The Huntsman: Winter’s War. The event was attended by thousands of fans eager to catch a glimpse of  Hollywood celebrities Chris Hemsworth, Charlize Theron and Jessica Chastain.

Universal Studios Singapore opened in March 2010 and features seven themed zones including Hollywood, Ancient Egypt and The Lost World. It is home to the world’s first Transformers attraction.

It has scooped Asia’s Number One Amusement Park for three consecutive years (2014-2016) at the TripAdvisor Travellers’ Choice Awards.

Christie Continues to Innovate with Launch of Boxer 4K20 Projector