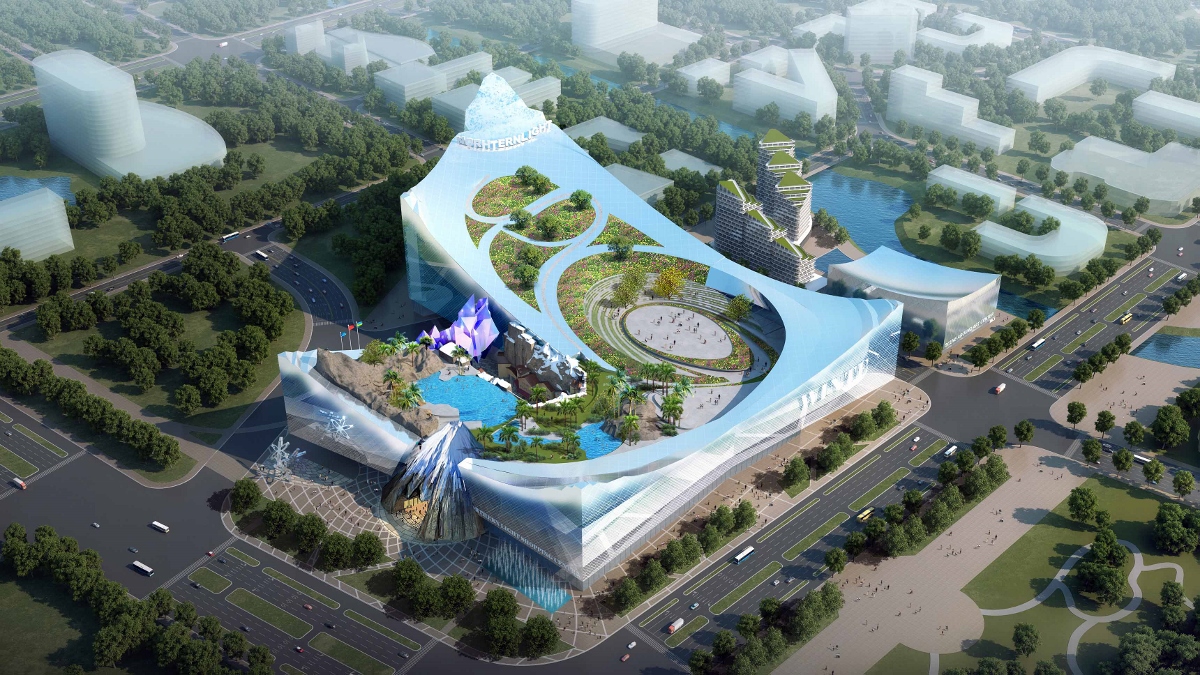 Located near Polar Ocean Park and Disney, Winterland’s mixed-use offering will include a state-of-the-art 75, 000m² snow and ice amusement park.

Unlimited Snow, based in the Netherlands, has worked on the master plan and renders for the project and is also responsible for its delivery which includes patented slope designs and play.

Winterland is being jointly developed by KOP Properties, Shanghai LuJiaZui and Shanghai Harbour City Development and will encompass approximately 213, 000m² in total. The developers say it is intended to provide residents and visitors with year-round access to an indoor Olympic-grade winter sports facility. Plans also include an ice hotel, as well as theatres, cinemas, retail and dining.

According to Unlimited Snow, cold is hot right now. The company is working on several other projects around the world including China, Middle-East, Mexico and the USA.

Winterland is scheduled to open in 2019.

TapeMyDay is a fully automatic visitor video generating system for sports, rides and attractions. It combines state of the art filming technology and innovative software to produce a personal video for each visitor or family. TapeMyDay generates additional revenues plus publicity from guests eager to upload to social media.