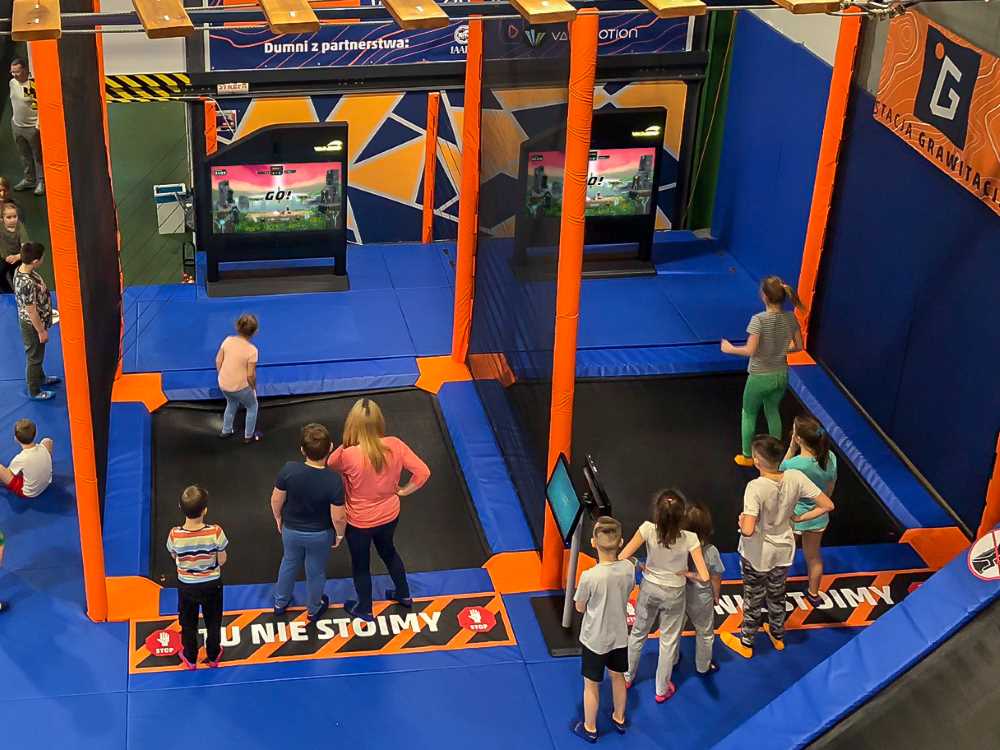 Valo Motion, a pioneer in combining interactive technology with physical activities, won a Brass Ring Award at the IAAPA Expo in Orlando.

Valo Motion’s Super Stomp won the Best New Product (Technology Applied to Amusements) award. Super Stomp is the first two-player game on a trampoline that attracted the judges to the game.

Jennifer McDonald from the Brass Ring Award Committee says that “we chose Super Stomp as we really think it’s going to be a game-changer for family entertainment centres and trampoline parks. It’s going to add a whole new dimension to trampoline parks and it’s a great new activity for the family entertainment centres. Super Stomp allows people to get active while still having fun in a video game.”

Using two ValoJump trampolines side by side, players can compete against their friends in the new game. In fast-paced matches, players have to try to stomp each other to the ground before their friend can do the same to them.

CEO of Valo Motion Raine Kajastila explains how important this award is for the company. “The Brass Ring Award is the second milestone for Super Stomp in a very short period of time as there was an academic study released about Super Stomp just last month in October 2019. The study showed that people had a lot of fun playing Super Stomp.”

According to Kajastila, this study explained that “the game gives the players an empowering experience using custom computer vision and game physics simulation technologies. Super Stomp exaggerates the virtual jumps while preserving precise control of the game characters. This can make the player feel like a superhero within the game world.”

Geffrye Museum reopening as Museum of the Home after £18m investment