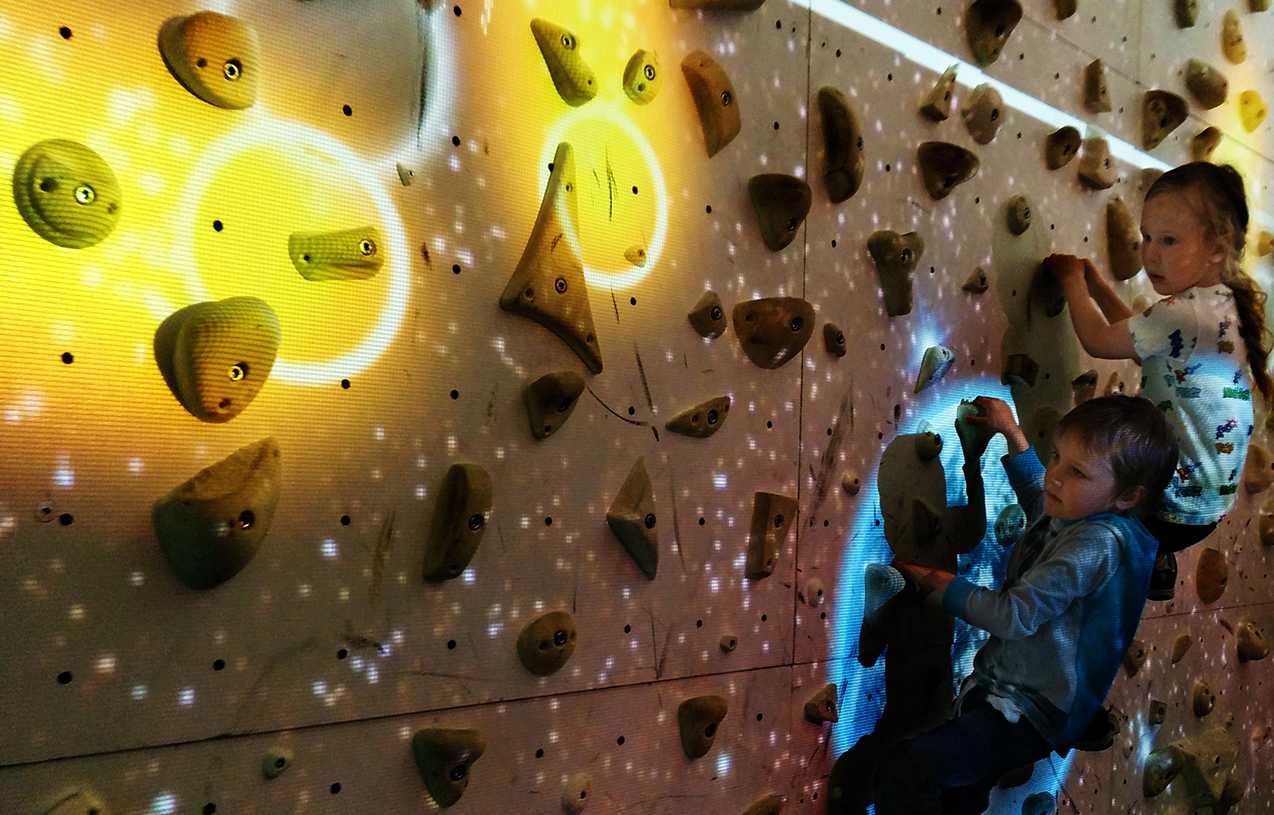 At its heart is a camera, a computer and a video projector that together take the indoor climbing experience to a whole new level. Kick-starting a social media frenzy when it launched globally in 2016, Valo Climb™ offers a range of games and applications, including fitness training, two-player challenges, obstacles and more.

According to Clip ‘n Climb, the system is highly adaptable to different locations. Even a relatively small wall can offer hundreds of different routes and games.

Equally, it can be adapted to all ages and abilities. What’s more, while accessible and fun, the system can also be used by serious climbers to help with training and progression.

Venues looking to up their profile might well be swayed by the system’s social media-friendliness. Climbers can create their own routes via touchscreen and then share their efforts on social media. The most-watched video featuring Valo Climb™ products has been viewed over 150 million times.