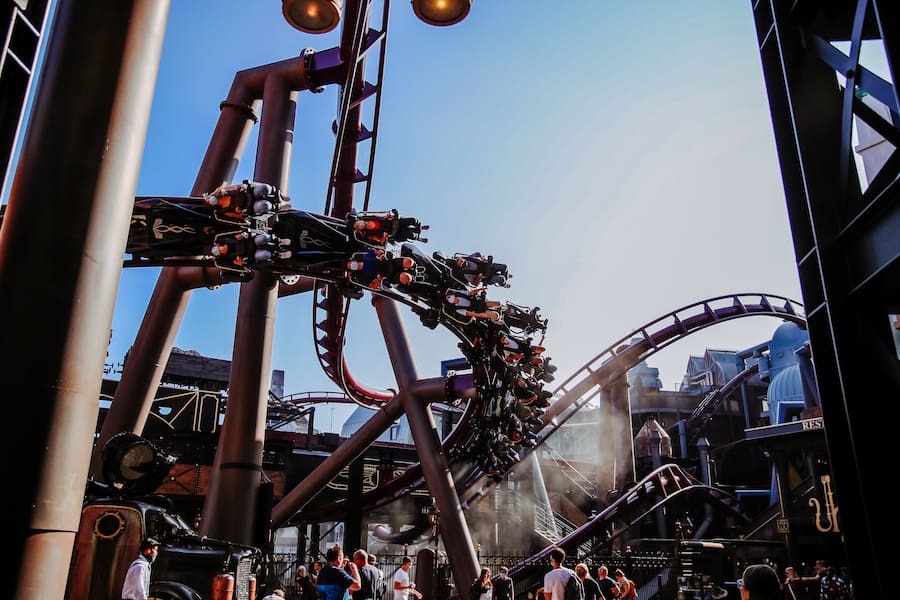 Vekoma Rides, the Dutch roller coaster specialist, has announced that F.L.Y. at Phantasialand has won a European Star Award in the category of Europe’s Best New Coasters.

Vekoma is celebrating the success of the innovative F.L.Y. flying coaster at Phantasialand in Germany. The new attraction, which is the world’s longest flying coaster as well as the first launched flying coaster, was recognised at this years European Star Awards.

F.L.Y was manufactured by Vekoma and can be found in Phantasialand’s new steampunk-themed land, Rookburgh. Riders enjoy a unique experience with rotating seats, dark ride sections and two launches.

Vekoma and Phantasialand have been working on the project since 2014, with prototype testing taking place in 2017 and completion of the track production in 2018. Then the installation process began, overcoming challenges such as heavy theming, different floor layers, a complex site and a lack of space. Thanks to the close cooperation between the teams, the new attraction was able to open its doors in September 2020. The ride had to be constructed in a specific sequence, with the deep underground track sections being laid first before new floor levels were added on top. The installation team also had to build their way out of the pit, so that they could retrieve the cranes and heavy equipment at the end of the project. The hotel in the middle of the ride also presented another challenge.

Given the tight space, it was a difficult process to position the two launches, the station load and unload section, the brake sections and the transfer tables and storage spurs to hold 3 complete trains. These sections were then all connected with each other to create a fluent ride experience. The densely-packed track is record-breaking at nearly 1300 metres long. It features 50 crossings and 100 crossovers on a footprint as tight as 100 x 75 metres with a clearance envelope of 3.6 meters.

The Vekoma team also needed to design a support structure to hold the attraction, and the creative team at Phantasialand then designed the hotel, restaurant, shops, viewing plazas, walkways, queue lines and theming in the remaining space

The flying coaster also features a new generation seating system for a pure flying experience. To improve the comfort of riders, Vekoma tilted the passenger seat 15 degrees away from parallel so that it has a better forward view. The rider is positioned with an angle between the legs and upper body of over 90 degrees, to spread the weight over the whole body. 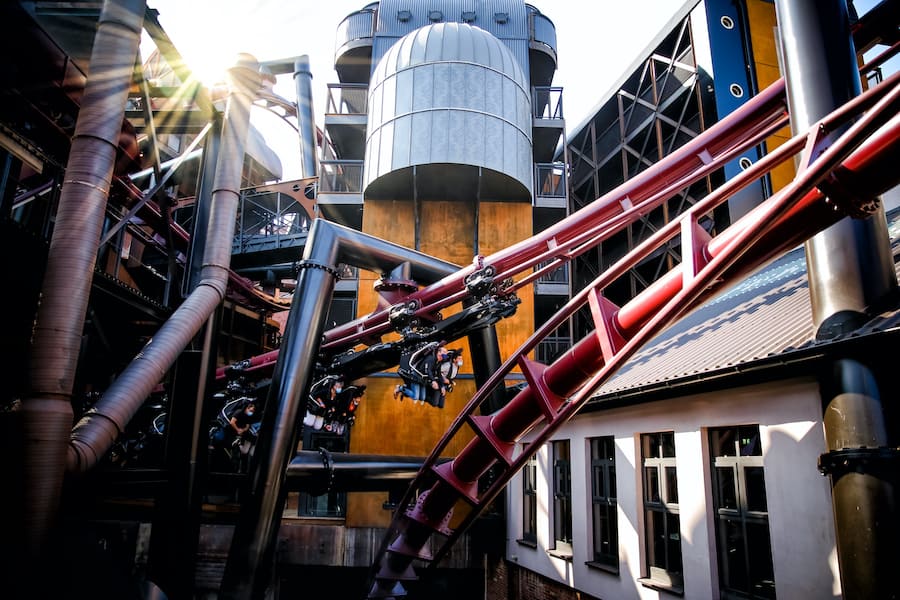 The leg restraint has also been completely modified for better support and the pitch between the passengers is increased by 30 cm for an open and individual feel.

For the track design and fabrication, Vekoma used cutting-edge 3D CNC bending machines, developed especially or the company, as well as a G-Force based design tool and special procedures on track assembly to create a constant and smooth ride experience.

During the summer, Vekoma also completed a project at Erlebnispark Tripsdrill in Germany which is now home to two unique new roller coasters.