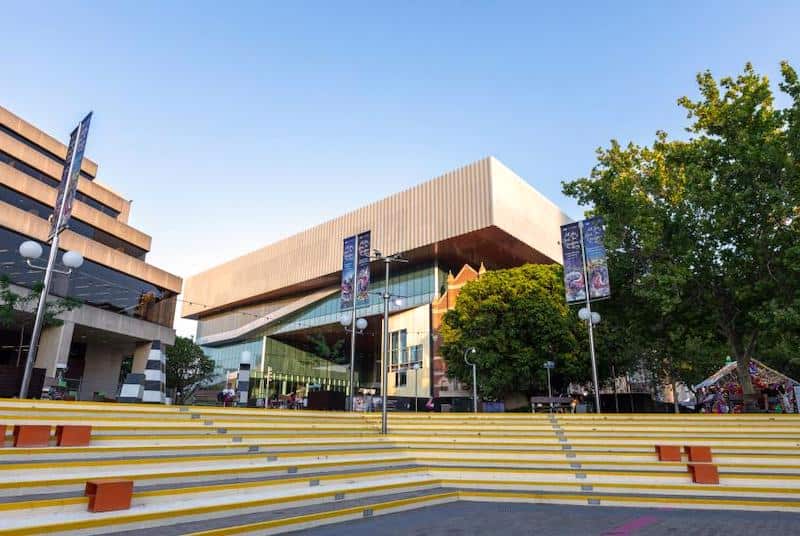 The A$400 million WA Museum Boola Bardip has officially opened in Perth, with new exhibitions and experiences to share the stories of Western Australia.

“The new WA Museum Boola Bardip is simply spectacular. I have no doubt Western Australians will be blown away by its stunning architecture and fascinating exhibits,” said Mark McGowan, Premier of Western Australia.

“It is a world-class museum by any standard, and one that we can all be proud of,” he added.

Museum was designed by Hassell and OMA

The museum celebrates the history and contemporary culture of Western Australia, and is a new landmark for Perth Cultural Centre, a group of cultural institutions in Perth.

Boola Bardip means ‘many stories’ in the Whadjuk Noongar language. The museum was developed with more than 54,000 people across Western Australia.

It was also created in collaboration the WA Museum Aboriginal Advisory Committee and the Whadjuk Content Working Group.

McGowan said the museum, which created more than 3,300 jobs during the project period, will have “significant social and economic benefits for all Western Australians”.

“This has been a major infrastructure project for the WA Government at a critical time in our economic history, creating 3,300 jobs and helping keep Western Australians employed during both a global economic downturn and a pandemic.”

Elsewhere, Luna Park Sydney has announced a major update with an investment of A$30m in nine new rides, including an anchor coaster called The Big Dipper.