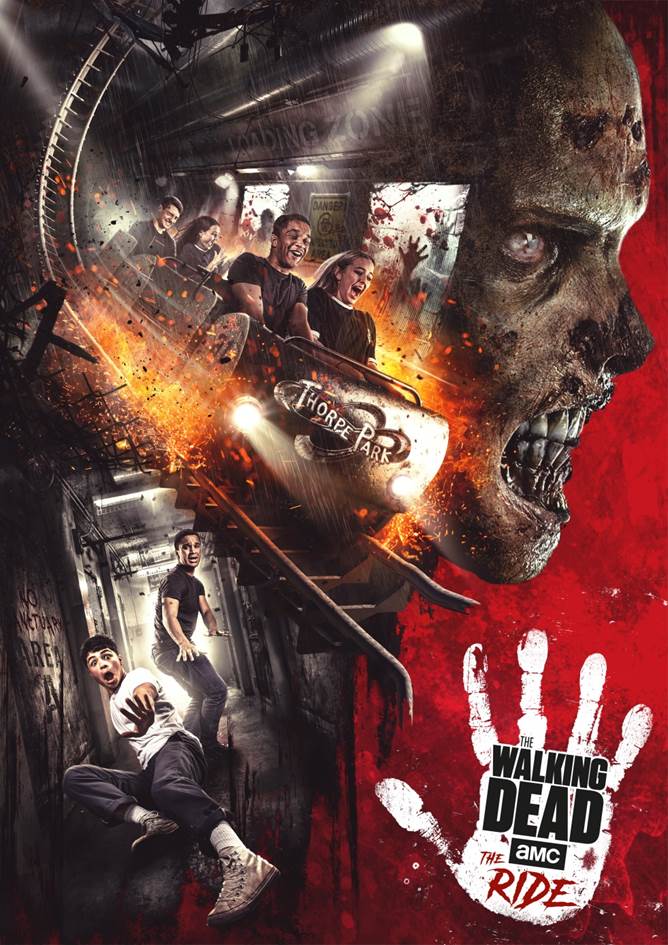 The Walking Dead – The Ride is an immersive multi-sensory roller coaster that will feature special effects and a replica of the iconic watchtower from the series. The ride is set to open at Thorpe Park this Easter.

The Walking Dead started life as a comic book series written by Robert Kirkman and published by Image Comics. It has since been adapted into a successful TV series by AMC and it is about to start its eighth season. The IP also has several spinoff video games and location-based experiences.

The coaster will include extensive and realistic theming bringing to life gruesome scenes from all seasons of the TV series. The park describes the coaster as “a relentless and terrifying ride for survival”.

Promotional material for the ride states: “Thorpe Park Resort is overrun by Walkers and there is but one goal – survive. Making it to the sanctuary of the Safe Zone is vital for salvation. Located at the centre of the Island, navigate your way to the safety of the indoor bunker – but be warned. All signs point to an imminent invasion of Walkers, so keep your head down and move quickly for your best chance of staying alive.”

The roller coaster is at the centre of Thorpe Park’s Year of The Walking Dead series of events, which includes a themed live-action maze in May, Zombie Hunt battle for survival throughout the summer and Fright Nights during October.

Merlin Entertainments previously opened the world’s first horror-themed roller coaster at Thorpe Park. Saw – The Ride was created by Paragon Creative in association with Merlin Studio’s design team and is based on the Lionsgate film franchise.

Introducing the judges for the Blooloop 50 Theme Park Influencer List