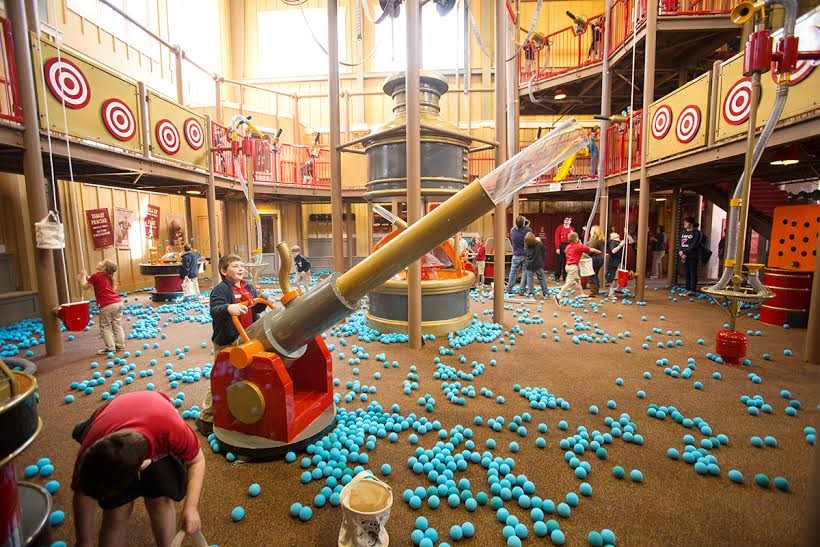 The three areas, themed with custom colours and fun elements such as the centerpiece ball fountain feature, are located in Fire Station No. 3, the main building within Fireman’s Landing, allowing families to play together.