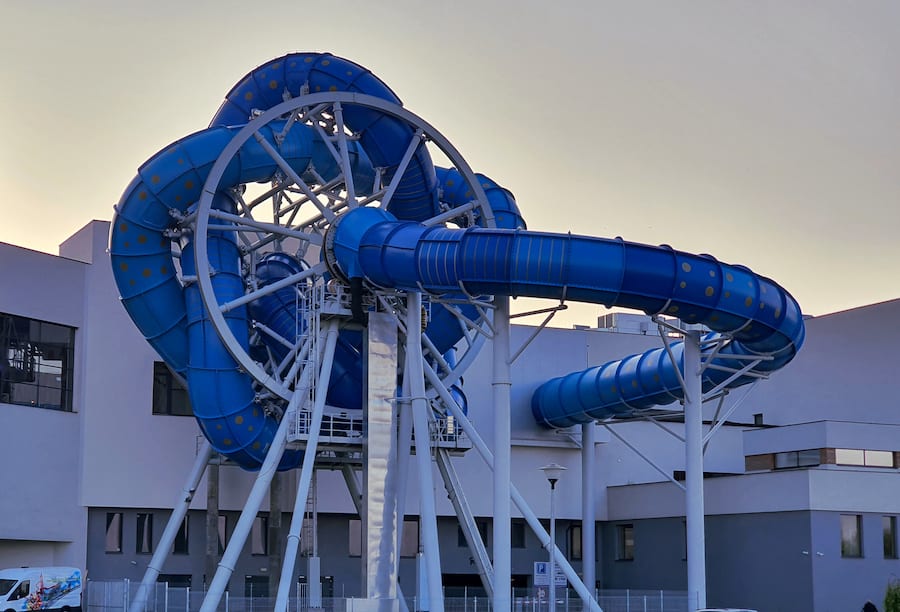 wiegand.waterrides GmbH, a leading water rides and attraction provider, has been awarded a European Star Award for its SlideWheel attraction at Aquapark Reda, Poland.

wiegand.waterrides has announced that it has been awarded first place in the category of Europe’s Best New Water Slide 2020 at the recent European Star Awards. This was in recognition of its SlideWheel at Aquapark Reda, named Aquaspinner.

The company’s unique SlideWheel concept is a mix of two classic attractions – a Ferris wheel and a water slide, creating an innovative new experience.

This award is the latest in a series of accolades for the SlideWheel. The installation at Aquapark is the biggest yet, at 27.7 metres high and construction began in April 2019 with the ride opening to the public in January 2020.

Up to 470 visitors can ride the attraction per hour, and it features a 160-ton spinning colossus that rotates around its own axis at nearly two revolutions per minute. During the ride, guests are seated on a four-person raft where they enjoy a range of experiences including sudden G-forces, backward movements, pendulum action and moments of weightlessness, as they splash through a 2.7-metre wide and 140-metre long tube.

The world’s first SlideWheel opened at China’s popular Chimelong Water Park in Guangzhou, where it has entertainment over 1.5 million visitors since its debut in 2018.

wiegand.waterrides creates water slides in stainless steel or fibreglass, as well as a combination of the two. It manufactures a range of wave slides, trough slides, tube slides, pendulum slides, play towers and more, as well as the world’s only VR water slide.

This summer, the company also announced that it had built the world’s first stainless steel eight-lane Mat Racer water slide, which can be found at the new OCT Group water park in Xiangyang, China. The new slide is 15 metres tall with lanes that are 120 metres long and it has an average gradient of 15%. 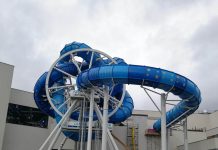