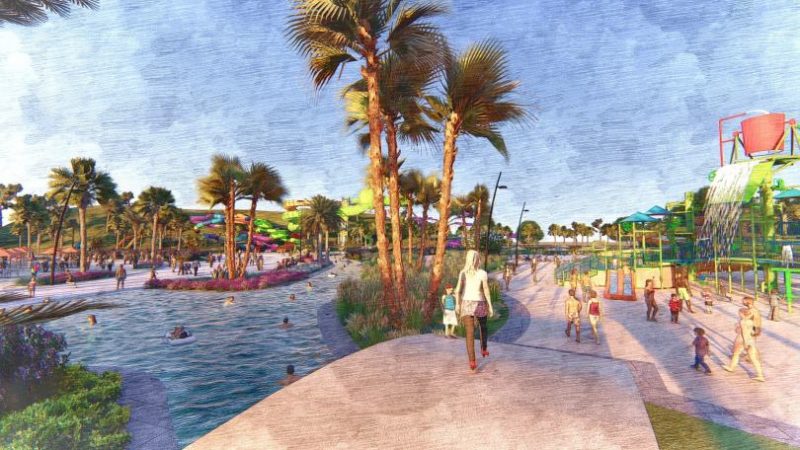 Wild Rivers has unveiled its new site plan. The $50 million water park is expected to open in May 2020.

The attraction in Irvine, California closed in 2011 due to the expiration of its lease after 25 years in operation. It was originally set to open in 2019.

Water slides, raft rides and a lazy river are expected additions to the park, which will be “dramatically different – the rides are far and away better”, according to Wild Rivers CEO Mike Riedel (via The Orange County Register).

Wild Rivers will be 50 percent larger, the river 400 feet longer, and the wave pool bigger. The Bombay Blasters slide will be recreated, and there will be a new Congo River Rapids ride. 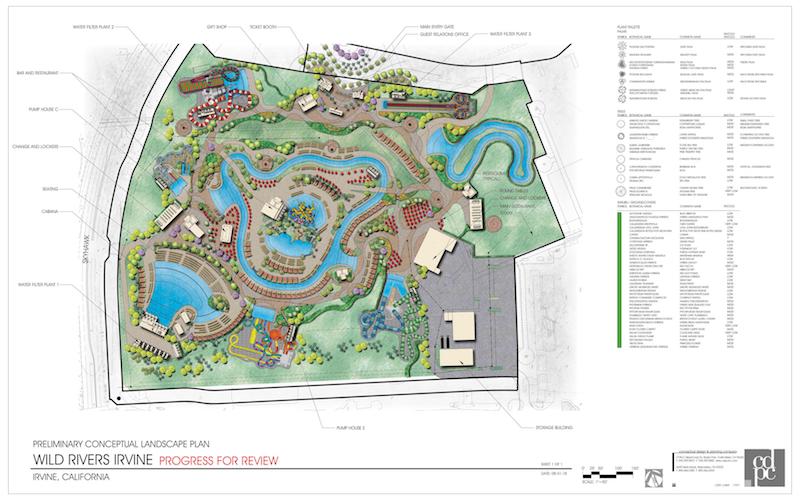 It’s also set to include an uphill water coaster, water play structures for children, a wave pool, and a river rapids ride.

Riedel confirmed that he’s still finalising details of the design and financing for Wild Rivers, though he added that he’s confident that the new water park will be built, and he plans to start construction as soon as a lease is signed.

An update on Wild Rivers from December stated that “things are continuing to move forward”.

Irvine City Council approved an exclusive negotiating agreement with Wild Rivers to build and operate a water park in the southeastern area of the park in June 2017.

The water park will be a part of the 94-hectare Cultural Terrace, which is currently in development. The terrace will include an amphitheatre, lake, library and museums.

We are looking forward to the reopening of wild rivers! Will there be a surf simulator??

Orange County needs a water park with a Flowrider double surf simulator for both kids and adults. And surf competitions on the Flowrider to bring in people from all over the World!

You guys would make a killing if you had an adults only section with a lazy river that had multiple swim up bars.

Please just don’t make it like Soak City where there is 1 line for the slides and they you chose what slide you want to go on. Please make it like the old Wild Rivers…so much fun.

I want to know the latest about Wild Rivers.

I literately was born and raised at this Water park. To my sad unfortunate, it also went away. I was then taken back when one morning almost 2 yrs ago that in 2019. WILD RIVERS!, would be back period! NOPE! I look like a liar and you all are a big disappointment,. I still follow the story in hopes I will see the one and only WILD RIVERS! Pick up the pieces or stop making false promises! We all miss our Water park and this is a low long drawn out blow!!!!

The location is by far too close to the 5fwy any accident happening 20 kilometers off the sand canyon rd exit will affect the park & the patrons, Please rethink the location any vehicle could jump the fwy and into the park.