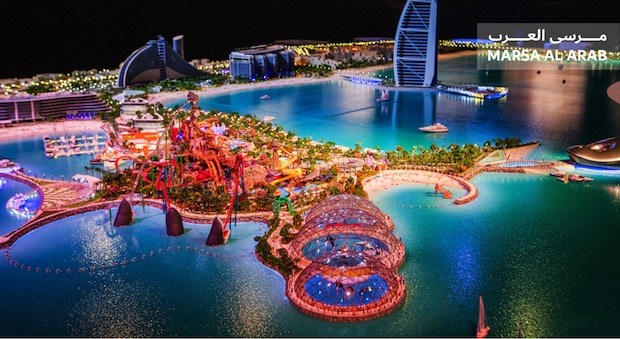 One of the UAE’s leading waterparks is to get a new beachfront location in Dubai. Wild Wadi will join a new Marine Park and a Cirque du Soleil theatre on one of two islands overlooking the Burj Al Arab within three years’ time.

The DHS6.3 billion (US$1.7bn) Marsa Al Arab project from Dubai Holding aims to elevate the family tourism proposition in Dubai. Spread across 4 million square feet (371.612 sq m), it will add 2.2 kilometres of beach frontage to Dubai. One island will be dedicated to entertainment and family tourism, while the other comprises an exclusive luxury resort.

Since opening in 1999, Wild Wadi has been one of the most significant recreational destinations in the UAE. Overlooking the Burj Al Arab, it is linked directly to the Jumeirah Beach Hotel. All three are operated by the Jumeirah Group. In recent years, however, the waterpark has been overtaken in popularity by Aquaventure at Atlantis The Palm. At its Mara Al Arab location, Wild Wadi will more than double in size. It will also be accompanied by a new family-oriented hotel. 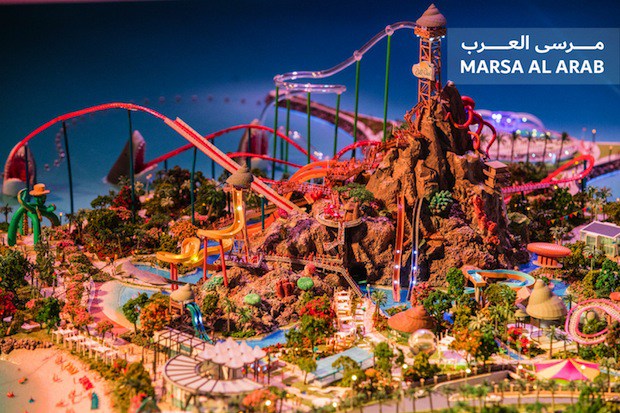 In revealing its plans for ‘Marine Park’, Dubai Holding says it wants to create a first-of-its-kind marine life edutainment centre for the Middle East. It will feature a 1,000-seat live theatre and world-class shows allowing visitors to interact with exotic aquatic animals and fish. In addition, a 1,700-seat capacity theatre will offer a permanent home to Cirque du Soleil for the first time in the Middle East.

“Dubai’s unique geographical position between East and West, along with its regionally unparalleled infrastructure and sophisticated hospitality offering means that demand is strong for a beloved and enduring institution such as Cirque du Soleil,” says its president and CEO, Daniel Lamarre. 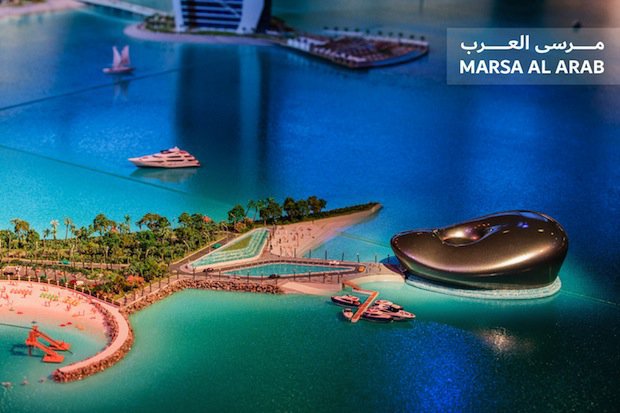 Featured at the tip of the entertainment island will be the Dubai Pearl Museum. Showcasing rare and ancient pearls from the region and worldwide, it will also include a functional pearl farm and pearl-inspired boutique hotel.

Dubai Holding will also establish a convention centre together 20,000 sq m or retail space, replacing the current Wild Wadi Water Park area. Marsa Al Arab will also offer 300 sea-front residential apartments in the heart of the development. There will be 400 new F&B outlets throughout the destination. 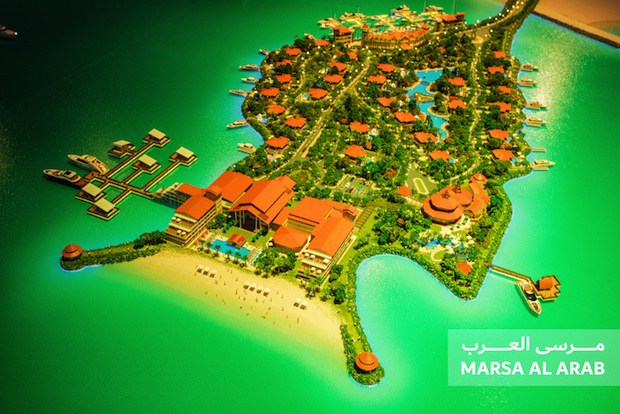 The smaller of the two islands will feature 140 luxury villas

The smaller of the two islands, located to the left of Burj Al Arab, will feature 140 luxury villas operated by the Jumeirah Group. Residents will be able to enjoy complete privacy, including a private marina. Overall, Marsa Al Arab will see 2,400 hotel rooms to Jumeirah’s portfolio, bringing its total offering to 8,428 rooms.

The development will offer pedestrian pathways, a jogging track, large swimming pool and a cycling course. A total of 10,000 additional parking spaces will be added. Jumeirah is also working closely with various government entities stakeholders to establish public transport links to and within Marsa Al Arab.

Developed in line with Dubai’s Tourism Vision 2020, the project will break ground in June of this year. Completed has is anticipated by late 2020. 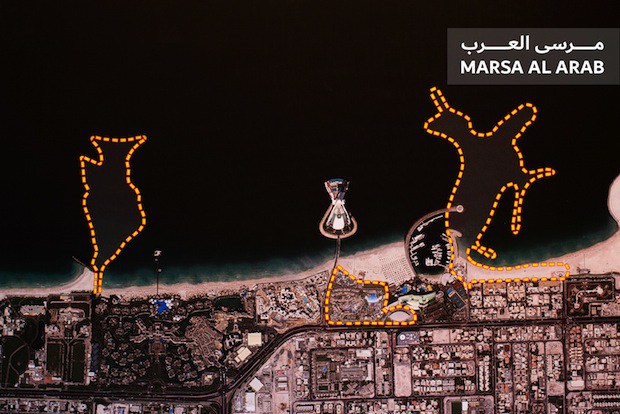 The two island of Marsa Al Arab, with Burj Al Arab in the centre