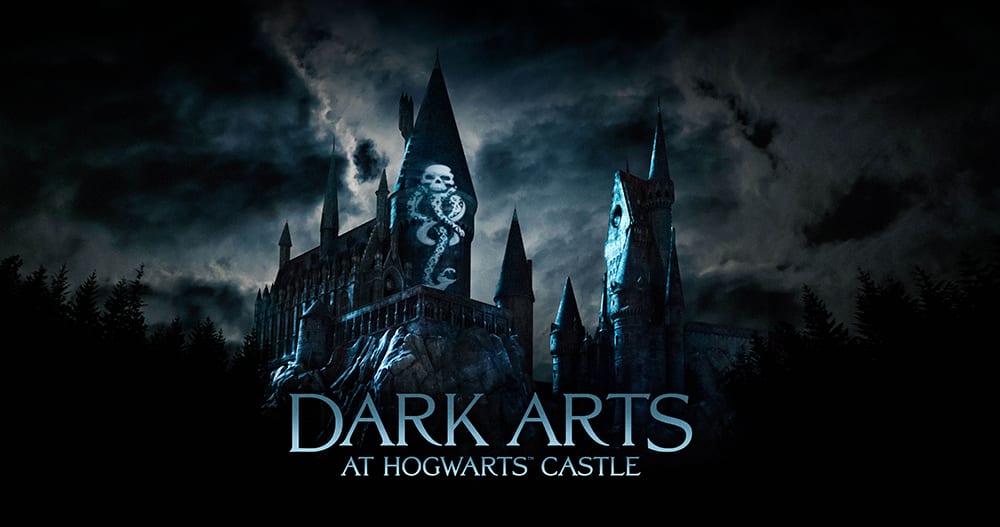 The new feature will illuminate Hogwarts Castle and The Wizarding World of Harry Potter at Universal Studios Hollywood nightly from April 13 to April 28.

Dark Arts at Hogwarts Castle will also debut at Universal Orlando Resort later this year, with dates to be confirmed.

A mesmerising display of light, music and special effects, the attraction will unleash the darkest creatures and villains on guests.

As darkness falls on Hogwarts, Dementors, Death Eaters, and creatures including Aragog, Mountain Trolls and Thestrals, will cloak the castle with sinister images.

Even Lord Voldemort makes an appearance – though the Patronus spell will be cast to protect the attraction’s visitors.

Dark Arts at Hogwarts Castle will be accompanied by an exclusive musical arrangement in surround sound.

Conducted by William Ross and recorded by the London Symphony Orchestra in London, it’s based on the original scores by Academy Award-winning composer John Williams.

According to Universal, the ride in Hogsmeade at Islands of Adventure will feature their most highly themed coaster to date.

Guests will fly with Hogwarts gamekeeper Hagrid on a thrilling roller coaster ride into the path of creatures found throughout the Wizarding World.

Also announced was the opening date – Thursday, 13th June 2019. More details of the ride will be confirmed this month.