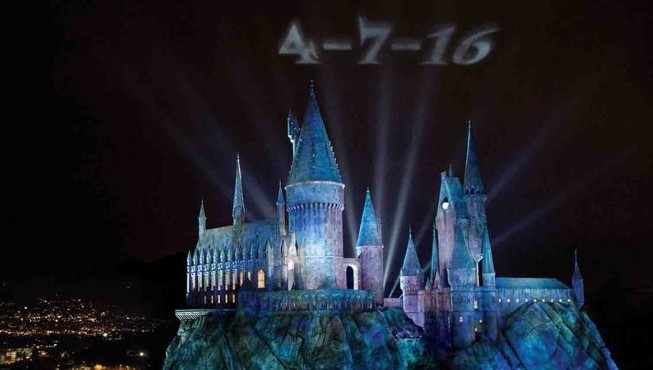 The announcement marks the launch of an innovative ad campaign, with the illumination of Hogwarts Castle and a new TV advertisement:

“The Wizarding World of Harry Potter” at Universal Studios Hollywood will transport visitors into the magical village of Hogsmeade where they can experience the family outdoor coaster, “Flight of the Hippogriff™” and the “Harry Potter and the Forbidden Journey” multidimensional thrill ride.