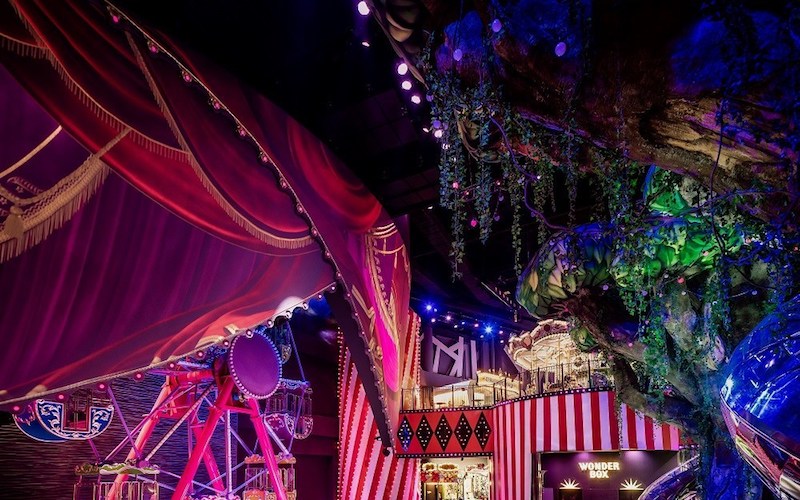 “In the tourism industry, Asia and the Pacific region is the second most popular market in the world, with a high annual growth rate of 9.7 percent,” said Chang Wyan Ahn, executive vice president of Paradise Sega Sammy, at a press conference.

“Our goal is to establish Wonderbox as a space marketing strategic location in Asia taking the lead in theme park industry just like Shanghai, Tokyo and Osaka, so that it can attract tourists from around the world.”

The park will also boast the first Korean shop for Singaporean pastry chef Janice Wong, who has locations in Singapore, Tokyo and Macau.

The Imprint at Paradise City

In September, MVRDV completed construction on The Imprint, one of six buildings at Paradise City. The Imprint is an art-entertainment complex with a nightclub in one building and an indoor theme park in the other.

Winy Maas, principal and co-founder of MVRDV, previously said: “By placing, as it were, surrounding buildings into the facades of our buildings and in the central plaza, we connect The Imprint with the neighbour.

“This ensures coherence. Paradise City is not a collection of individual objects such as Las Vegas, but a real city.”

Fantawild forecasts over 30 theme parks in China by 2020