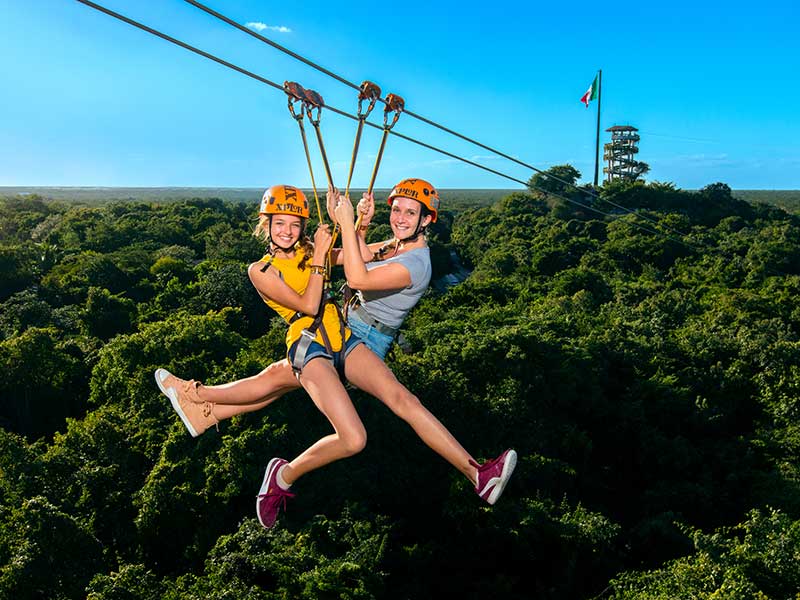 Xcaret Parks and Tours, known for combining archaeology, culture and ecology with entertainment, will welcome its 50 millionth visitor in 2019.

Group Xcaret CEO announced the milestone for the theme parks and tours company in the Mexican Caribbean.

“We are proud to be considered the first and most important ecologically and socially sustainable tourism company in Mexico,” said CEO Miguel Quintana Pali.

“Our commitment to our country and our community throughout our 25 years of operation has proven that a different kind of experience is possible in the Cancun area, one that connects travellers to the spectacular and unique nature of our surroundings, and that will ultimately result in a better understanding of our heritage and culture,” he added.

The company also previously revealed its plans for the Suut Há water park, located near the existing Xplor Park. It will include a 40-metre high slide, swimming pools, canals and natural areas, spread over two hectares.

The group’s original park, Xcaret features over 40 attractions set in the jungle, coves and underground rivers of Mexico – including an aquarium, four archaeological sites, and a 20th century Mexican Hacienda.

The Xenotes Tour takes visitors on a journey to four different types of cenotes (swimmable sinkholes). Ziplining, cliff jumping, kayak rides are among activities exploring the diverse aquatic life of the Riviera Maya.

Xoximilco – Float down a canal on board colorful trajineras, while experiencing Mexican culture through food, drinks, live music, dancing and games representative of several Mexican states.

Xichen offers tours of the Mayan archeological sites located across Yucatan and Quitana Roo, including Chichén Itzá, Tulum and Cobá.

The group’s newest park, opening in spring 2019, is Xavage. From white water rafting to ropes courses and speed boating, it’s set to be the most extreme adventure park in the Riviera Maya.