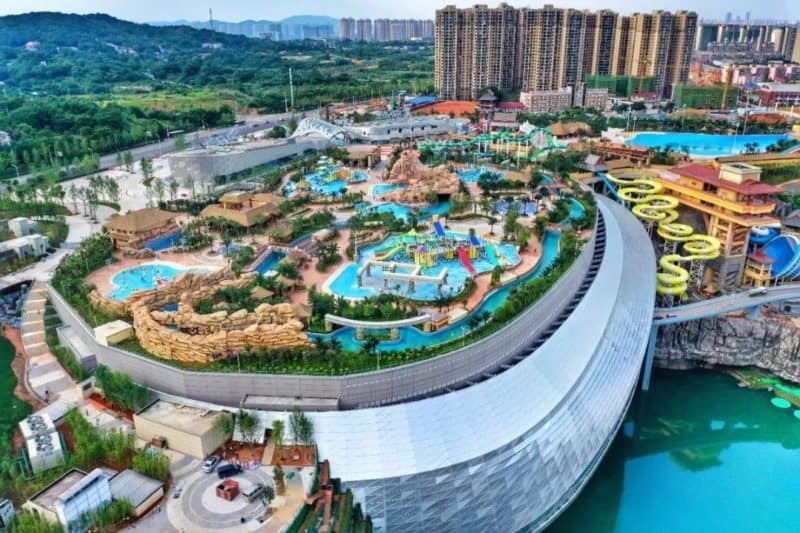 Xiangjiang Joy City Snow World, boasting a giant indoor snow centre and a water park on the roof, has opened in the Chinese province of Hunan.

According to InTheSnow, the attraction has been under construction in a former quarry for six years, with building work done by China Construction Fifth Engineering Division Corp (CCFED).

Indoor snow park is themed on the Alps

The indoor snow park, designed by Canadian company CTC Ice & Snow, is themed on the Alps and features a snow playground, skiing, skating, and snow sliding.

The ski hall covers 5,672 square metres and boasts a 1,200-square-metre ice lake and a large snow play area with 13 slides.

The ski run leans against the slope of the mountain, and other areas include an indoor mountain covered in snow, a penguin zone and a winter village. Snow activities include a snow maze, snow castle, and snow sliding. 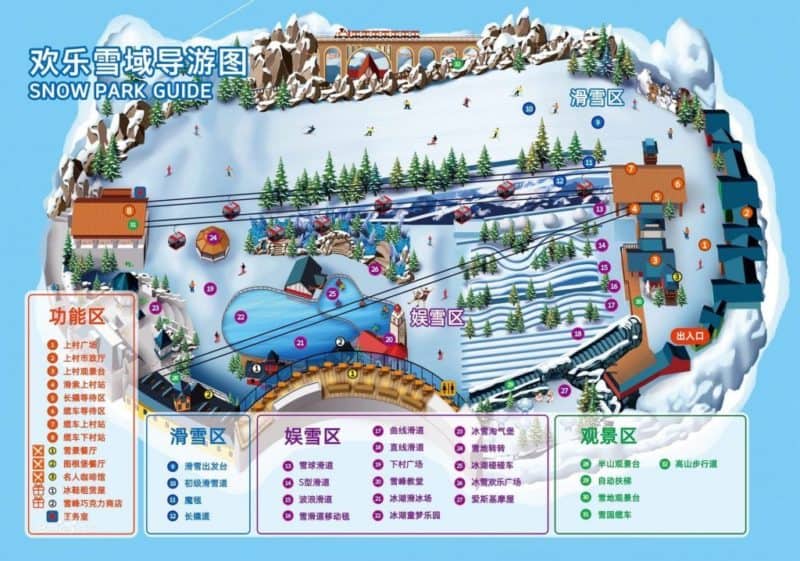 The resort was originally set to open in 2016 and then 2019, before officially launching in summer 2020. It’s hoped that Xiangjiang Joy City Snow World will attract 15 million visitors annually from Hunan and nearby provinces.

Elsewhere,  American Dream’s indoor ski park Big SNOW opened in December 2019. It houses four acres of snowy slopes, a 160-foot vertical drop, a graduated degree of pitch, and 1,000 feet of length for skiers of all ages and skill levels.