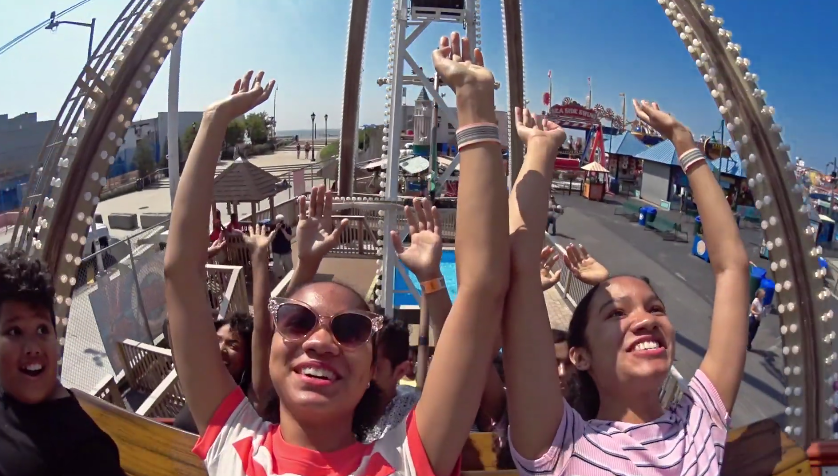 Leading ride manufacturer Zamperla staged a press conference at last week’s IAAPA Expo Europe in Paris, during which it revealed two new innovations. One of these is a super-sized version of a recent ride. The other is set to breathe a new lease of life into an old classic.

While no one is sure of exact numbers, there are hundreds of pirate ship rides still in service around the world, including scores of Galleon models built by Zamperla. Each of these swinging ships can potentially be transformed into an interactive experience with the addition of Galleon +. 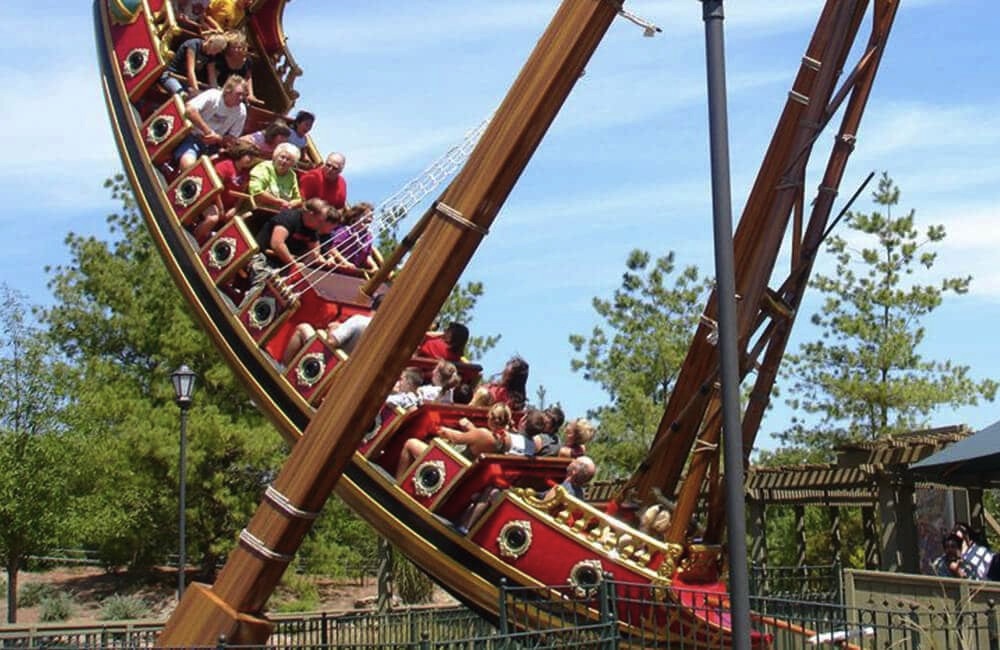 Trialled last season at the Italian amusement park Leolandia, the system gamifies the ride experience with the use of gesture control, a scream meter, sound system, AI and real time data.

Facing each other on either side of the boat, passengers are divided into opposing teams distinguished by a red and blue flag. Ahead of the ride, a recorded voice explains the basis of the game: to raise your hands and scream as loudly as possible. A separate captain’s voice then whips each side of the ship into a frenzy.

A sensor measures the galleon inclination while a camera-sensor/microphone-sensor system on the main mast recognises and records the number of hands lifted and the intensity of the screams. The system assigns points to each team, which are displayed on the mast. Artificial intelligence is used to vary the captains’ orders on each ride according to riders/players’ performance.

Galleon + scan be applied to any pirate ship from any manufacturer. Electricity is typically applied via a slip ring on the main hub, with the hardware accommodated under the first row of seats.

According to Zamperla, the system provides a very cost effective way to refresh an old attraction. Following its trial in 2018 at Leolandia, the park decided to buy Galleon + on a permanent basis. It has since been added to the existing pirate ship ride at Coney Island in New York, leading to increased ridership. In addition, the system has a lot of spectator appeal as guests flock to watch riders screaming and playing the game.

Coney Island has traditionally been a breeding ground for invention and innovation in the amusement industry. Since Zamperla took over the running of the site’s Luna Park in 2010, it has tried to pay homage to the New York City park’s roots while introducing new products. One of the latest is Super Air Race. 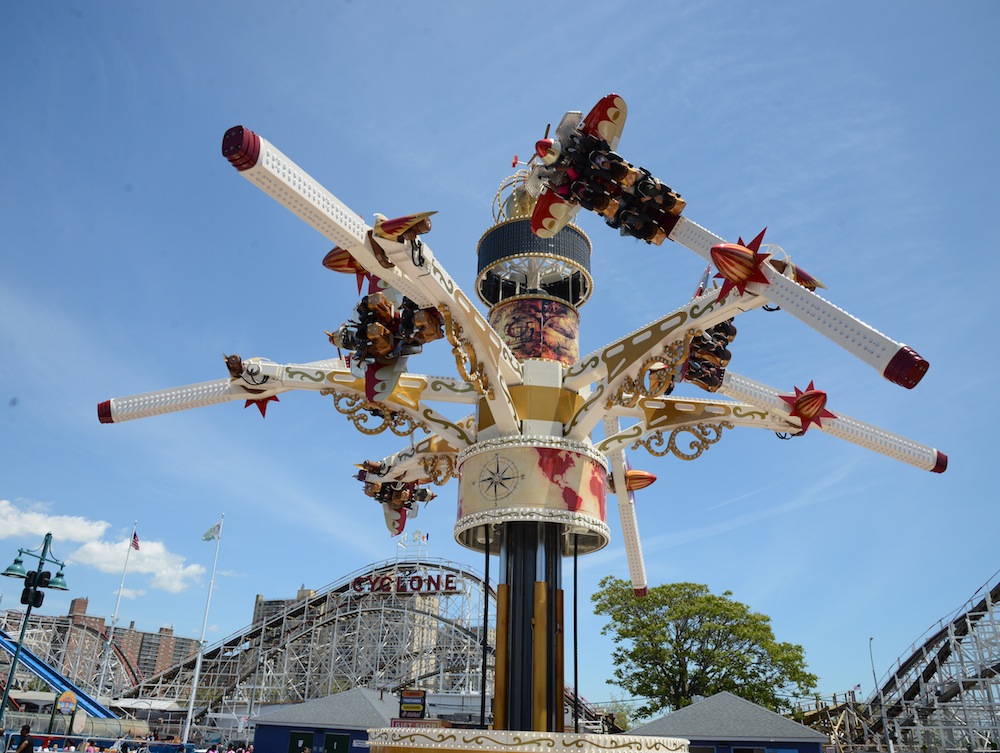 The basic ride motion is the same as the original Air Race, which Zamperla debuted at Luna Park just a few years previously. It has now gone on to sell over 70 units from Australia to the Americas. Yet the visual impact of Super Air Race is even greater thanks to its height (50 feet/15.2m) and the added lifting motion of the central column, which raises the ride an extra 25ft. A programmable LED display and ‘globally inspired’ theming add to the attraction’s appeal.

After its first summer in action at Coney Island, Super Air Race has attracted a lot of industry attention. As part of the regional park chain’s plans for 2020, a version of the ride will appear next year at Six Flags Fiesta Texas. A fitting addition for an amusement park in the US state known for the motto is ‘everything is bigger’.

The annual IAAPA Expo in Orlando is always a big showcase for Zamperla. The prolific firm is planning to introduce many new projects and concepts at this year’s trade show, which runs from November 19 to 22. On its booth will be vehicles for the roller coasters Thunderbolt 2.4 and DangleZ. 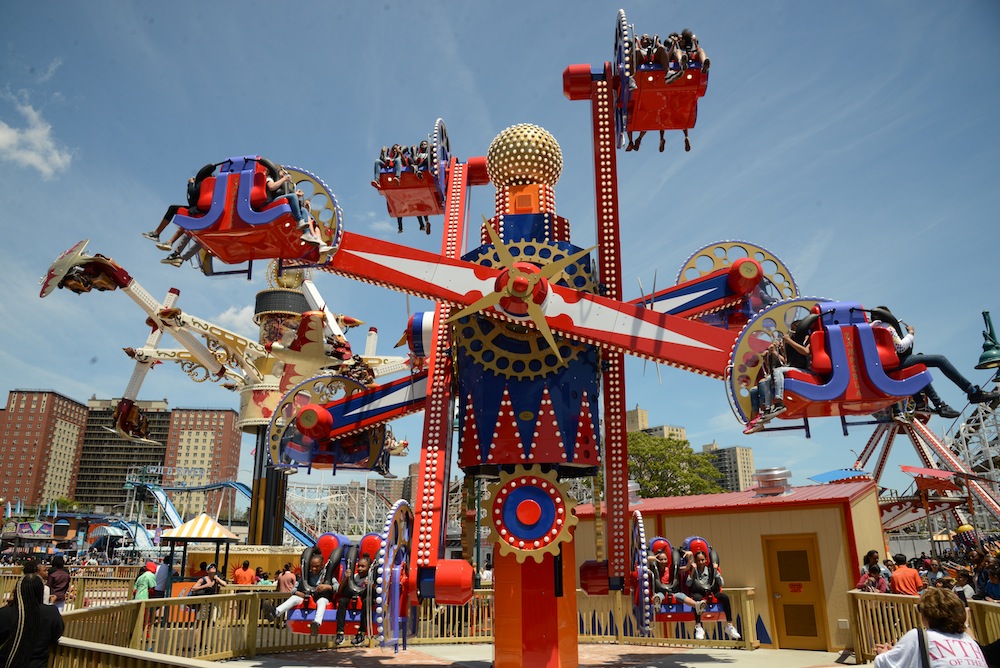 But the star of the show will be a working NebulaZ ride (as pictured above), another attraction that has been turning heads at Coney Island. No doubt many IAAPA attendees will also be stopped in their tracks as they are intrigued by its perfectly engineered ‘near collision’ motion.

Zamperla had also recently provided a preview of its plans for Luna Farm, a €11 million project at FICO Eataly World in Bolgona, set to open before the end of the year. 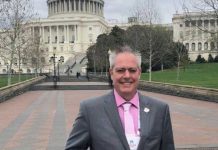