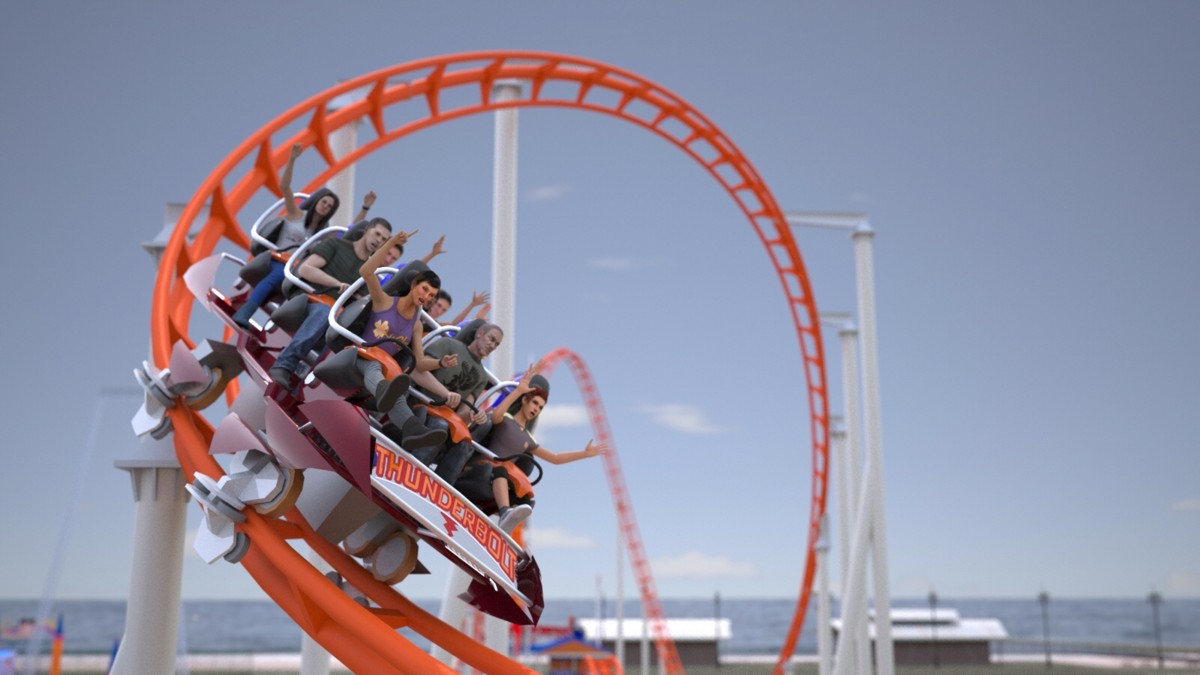 Zamperla's thrilling new coaster, the ‘Thunderbolt’, is to debut at Coney Island for Luna Park’s 2014 Season.

The original Thunderbolt, featured in Woody Allen’s 1977 film “Annie Hall”, but was demolished in 2000 to make way for the Mets’ minor league Brooklyn Cyclones.

Zamperla’s new Thunderbolt will occupy the same site but is a completely new ride; the first steel roller coaster built in Coney Island and the first custom built coaster since the Cyclone built in 1927.

Marty Markowitz, Brooklyn Borough President, praised the efforts made to re-instate the Thunderbolt: "Bravo to fellow-Brooklynite and New York City EDC President Seth Pinsky and to CAI for ‘launching’ the effort to bring the Thunderbolt Roller Coaster back to Coney Island at its original site.”

Markowitz confessed to being apprehensive about riding Zamperla’s thrilling new coaster, but was excited about the impact that the new ride would have for Coney Island: “While you might be more likely to find me on the B&B Carousel than on this new 65 mile-per-hour, 125 foot tall roller coaster, I have no doubt that this ride will be yet another heart-stopping, in-your-face amusement.

"Thanks to the Thunderbolt’s return, all of the other exciting new additions to Coney Island and of course its trademark attitude, Coney Island truly is ‘America’s playground’ and the trip to Coney Island is a 'ride' worth taking for families all over New York City and beyond.”

Chuck E. Cheese (CEC Entertainment) to be Acquired by Apollo