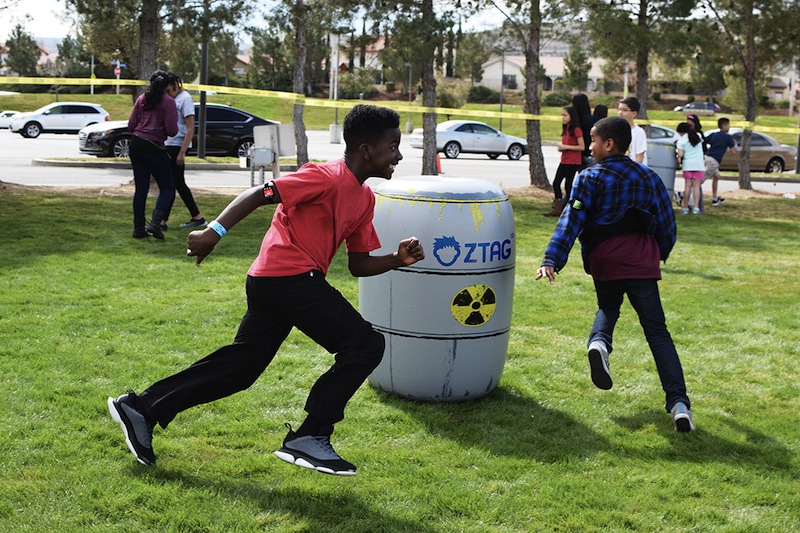 Fancy bringing the thrill and excitement of a zombie chase to your attraction? Venues with an available running space of just 1,500 square feet (140 sq m) can now do just that with ZTAG 2.0.

Developed by the special effects lighting company Gantom, the wearable interactive gaming device is based on Thea Award-winning Torch Technology. Watch the ‘virus’ jump from zombie to human as guests interact with each other in multiple game formats.

Each ZTAG 2.0 unit features a full colour display, speaker, rechargeable battery and armband mounting. Wearers see their game stats and are provided with live feedback when infected. Furthermore, players can compete on a worldwide leader board. Close-up tagging increases interaction between participants and also boosts each game’s throughput.

ZTAG 2.0 can be used both indoors and outdoors, by day or night. A 1,500 sq ft set-up can host a game for up to 12 people. A basketball court with a few inflatables is sufficient to stimulate a game for 50 kids to play. 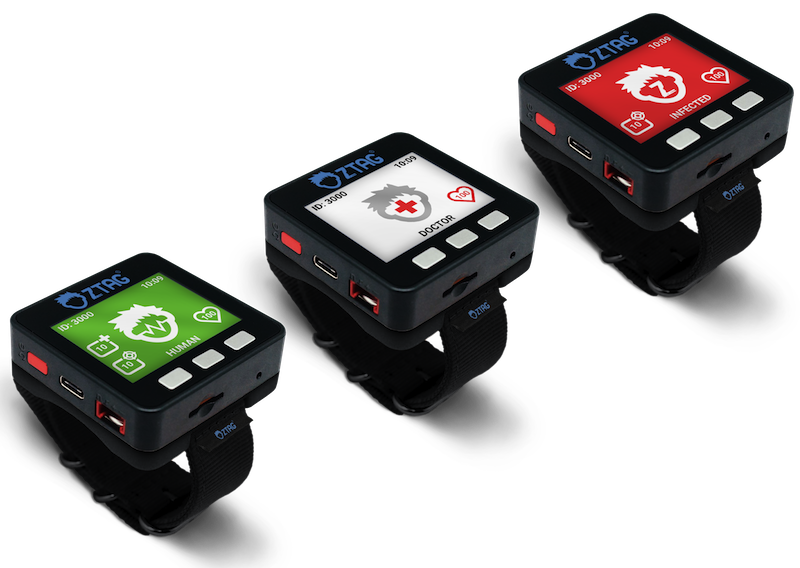 Children have been playing ‘tag’ for years. Whilst every kid knows how the game works, eventually someone gets hurt. Since ZTAG is contact free – infrared is triggered when players come within 3ft (1m) of one another –  it offers a potentially safer alternative. Yet it retains the excitement of tag, and encourages children to play outdoors.

“As a parent, I want my kids to interact in the real world instead of with a screen,” says Quan Gan, serial entrepreneur and creator of ZTAG. “In this increasingly digital and socially isolated world, people yearn in-person interaction. Venues offering a social-physical activity will open parents’ wallets. The game is intuitive and feels like a real-life video game!”

Minimal equipment is required to set up a zombie chase or game of electronic tag beyond the ZTAG system. This includes the ZTAG 2.0 devices priced at $100 per unit, and a zStation for $200. A $1,000 annual ZTL subscription provides product updates to host venues, licensing, leaderboard hosting and national US promotion.

Connect with Christie at Prolight+Sound 2019

Balloon Fly 360 – a new spin on the flying theatre from project:syntropy and Intamin