The exhibition explores how technology can enhance our lives and society, and envisions a world where intelligence and technology are more integrated into our daily lives.

It will look at the evolving relationship between humans and technology, and Sony will present its thoughts on the future of artificial intelligence (AI) and robotics and its vision for life-enhancing bots.

Phillip Rose, Director of Sony Design Centre Europe, said the exhibition explores “the correlation between the human condition and the onset of forward-thinking technology”.

Explore the relationship between humans and bots

‘Affinity in Autonomy’ also includes an installation called ‘Pendulus’, an interactive and engaging robotic pendulum that can detect humans.

‘Pendulus’ represents the independence of robotics, suggesting that humans will begin to feel an affinity towards autonomous bots.

“In an increasing sensor-filled world the installation places focus on the emergence of artificial intelligence and allows visitors to explore its behaviour and own personality,” added Rose.

“It’s a glimpse into a future where intelligent technologies and creative design merge into our lives on an emotional level. 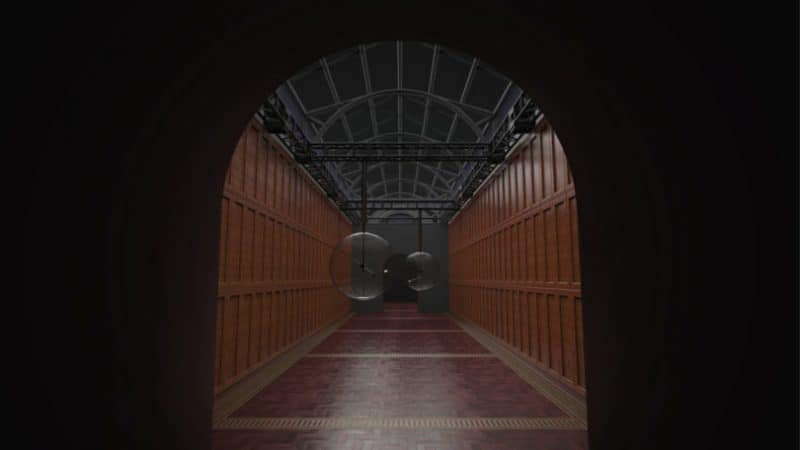 “Since the company’s inception nearly seven decades ago, Sony’s design and innovation has been led by the doctrine ‘do what has never been done before’.”

He continued: “The world’s first Entertainment Robot, Sony’s ‘AIBO’, walked into our lives in 1999. In the 20 years since then, it’s become clear that sensing technology and artificial intelligence will have a firm place in our lives, and our homes.

“It’s more important than ever to acclimatise to how it will shape our futures, and that’s what this exhibition aims to encourage.”

‘Affinity in Autonomy’ will run from September 14 to September 22 at the Prince Consort Gallery, V&A Museum, London.

The future of artificial intelligence (AI) and robotics Meanwhile, Microsoft recently announced the latest addition to its $125m AI for Good programme, AI for Cultural Heritage, in response to modern threats to cultural heritage.