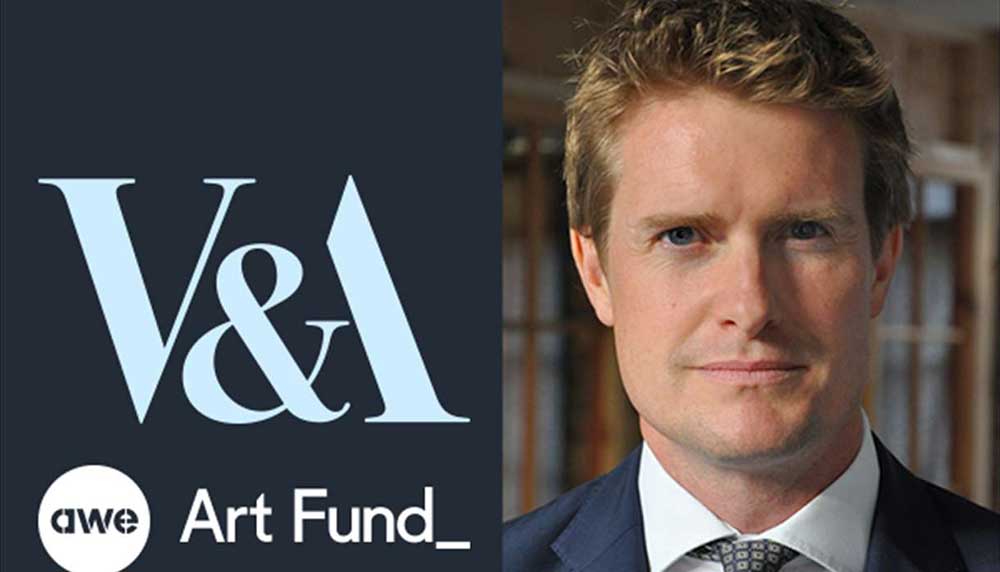 Once referred to as “the Nation’s attic”, what is the purpose of the V&A in Brexit Britain?

V&A Director Dr Tristram Hunt visited our local museum – the very wonderful Royal Albert Memorial Museum in Exeter – this week.  In an event supported by the Art Fund, Hunt delivered a fascinating and engaging lecture titled Embracing the Past, Preserving the Future, in which traced the origins and evolution of the V&A, discussed the challenges faced today and set out his vision for the future. 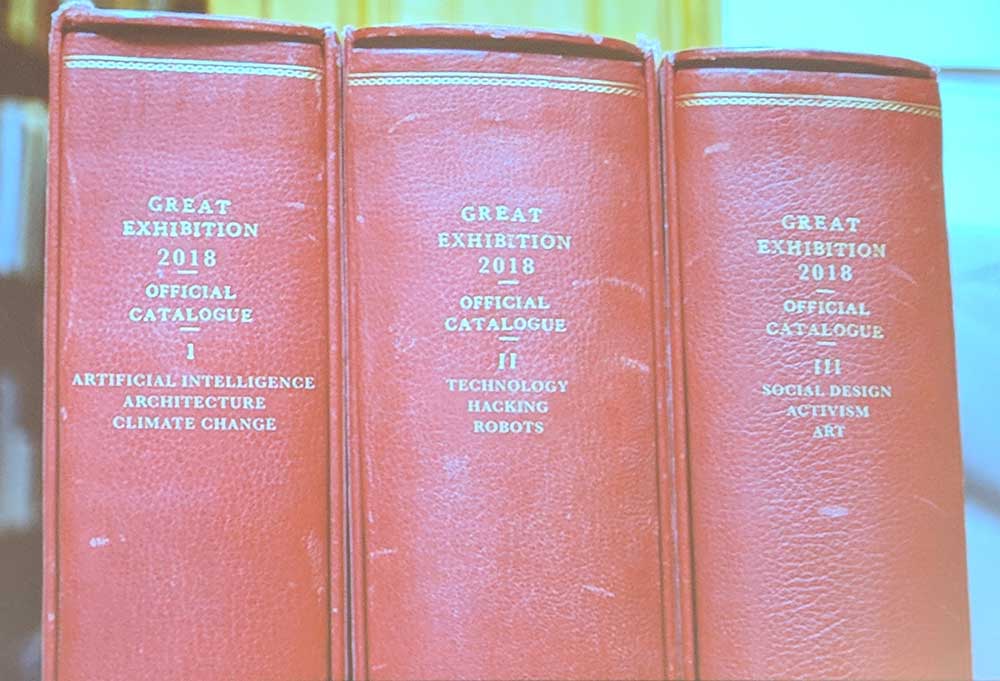 What would the catalogue of the Great Exhibition 2018 look like?

Parallels to the economic climate of the mid 1800s which sparked the founding of the V&A can be found in today’s post-Brexit-vote Britain.  Following the Industrial Revolution, there was seen to be a need for Britain to develop enhanced design and manufacturing skills. These would enable it to continue to compete globally.  This resulted in the Great Exhibition of 1851 and the founding of the V&A as a cornerstone of the the design school movement.

Hunt described the V&A as essentially the “anchor tenant” and “creative portal” of the South Kensington museum area.  With Prince Albert as an active sponsor, the first museum director Henry Cole created “Albertopolis” with the aim to give democratic access to beauty to all and to be a “schoolroom for everyone”.

The V&A – a beacon of good design

The V&A has always been progressive.  It was the first museum with a cafe (last year 105,115 scones were sold); the first to open in the evening with gas lighting and the first to be free every day (although this was apparently a ruse to use the masses to protect the collection from militant suffragettes). 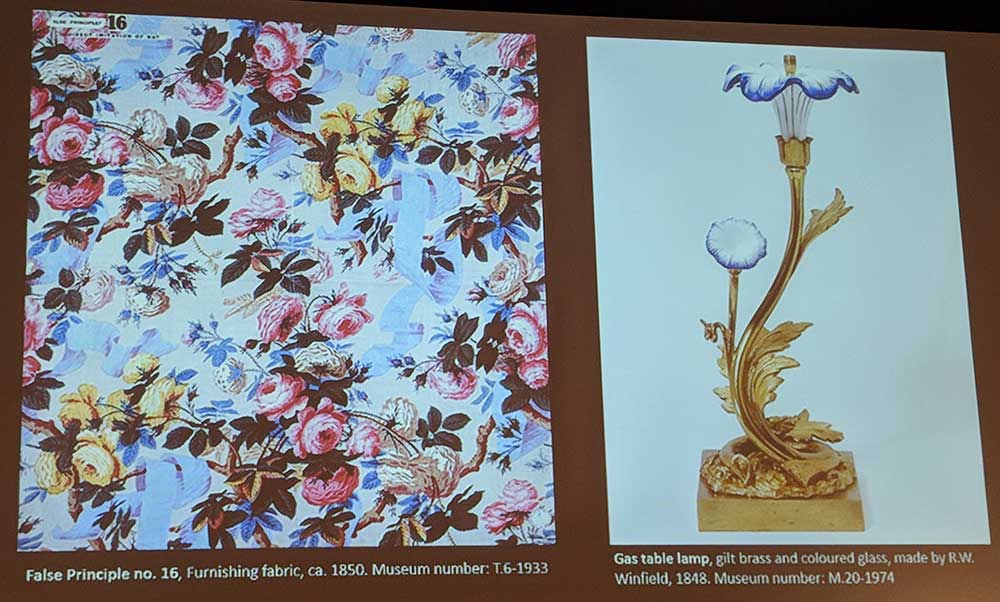 Together with items from the Great Exhibition and the East India Company, the V&A’s early exhibits included plaster caste copies of many great works.  There was a drive to be a beacon of good design. An early show featured a “chamber of horrors” exhibition. This catalogued everyday items considered to be of bad taste in order to educate the masses.  That sounds like something that would land a brave curator in hot water today. However, Hunt gamely said he’s “quite up for it”.

These eclectic early collections led to a reputation as the museum where the things that weren’t good enough for the British Museum were sent. it also led to nicknames such as “the Nation’s attic” and “an extremely capacious handbag”.

Of course over the years the V&A has developed a reputation for rather good taste and is a point of reference for designers worldwide, as well as enjoying enormous success with popular exhibitions celebrating Bowie and Pink Floyd.

However, the museum still courts controversy with its Rapid Response Collections which preserve items from popular culture such a 3D printed gun and Katy Perry’s false eyelashes

The most recent controversial purchase of the facade of a condemned building from a housing estate in the Brutalist architectural style.  Hunt points out that saving what appears to be worthless now may be viewed differently in 100 years time.  It is the V&A’s role to preserve design that is representative of a point in time.  (I forgot to ask where the piece is going to be displayed.)

Plans for the future 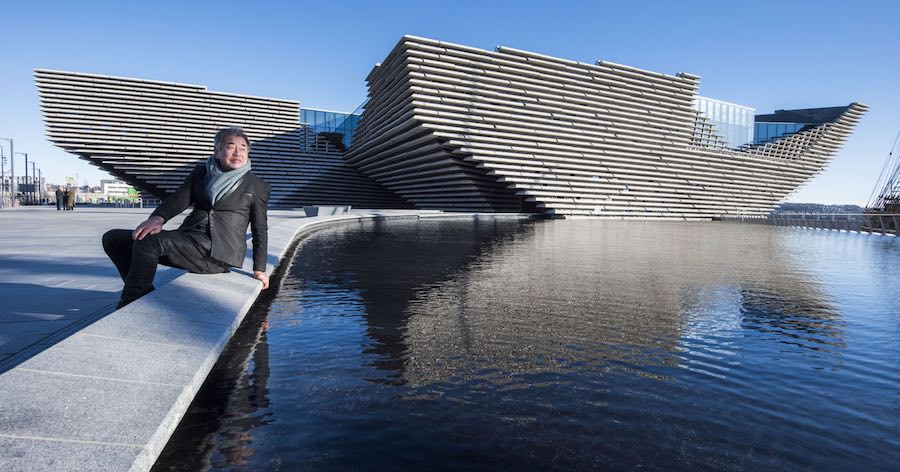 The V&A Dundee opens in September this year with a striking building designed by Kengo Kuma.  The Wall Street Journal has named Dundee one of the ten hottest cities of 2018. This is presumably due to the boost given to the city by its first design museum rather than the climate.

Plans for V&A East have been announced.  The new collection and research centre is part of the ongoing legacy at the site of the London 2012 Olympics.  Along with Sadlers Wells, the London College of Fashion, UCL and the Smithsonian (in a joint venture with the V&A), will form part of a new creative hub.  The new site will also give the V&A the opportunity to recruit and develop curators from the area as part of an effort to diversify and democratise.  And of course the extra space will be handy if the V&A keep buying bits of buildings.

The V&A’s partnership with China Merchants Shekou has resulted in the creation of the Design Society cultural hub in Shenzhen.  Shenzhen is the design centre of China and it is fitting says Hunt that the V&A is there at not just a place but a time when Chinese design is finding its place on the international stage.  Much like Britain in the 1850s, China is moving from a “made in China” to a “designed in China” label.

A mission to inspire to the next generation

There has been a rapid decline in the number of 16 year olds taking Design and Technology GSCE. This is because other subjects are perceived to deliver better prospects for university entrance and future earning potential.  Hunt is keen to make it the V&A’s mission to inspire to the next generation.  The V&A will do this through the DesignLab initiative which supports teachers with the loan of objects, and assistance in making the case for teaching arts, crafts and design in schools. Creative skills are he believes the best protection against automation in careers.

Following on from this Hunt promises a major revamp of the V&A’s Museum of Childhood is promised.  Details will be revealed at a later date. However, Hunt is keen to steer towards the “haptic power of play” rather than be overwhelmed by the digital. 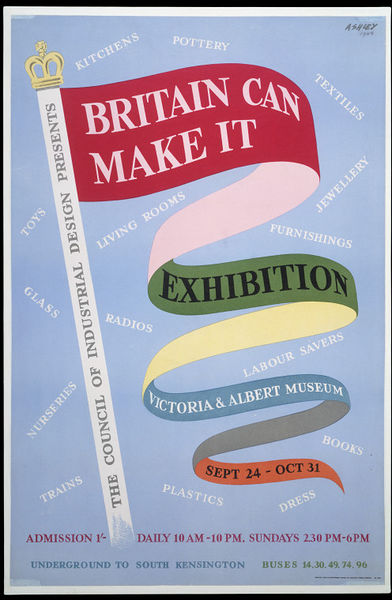 Brexit will create challenges for many museums with the restriction on freedom of movement of EU staff as well as objects and artifacts.

In 1946 the V&A created a post war patriotic exhibition, showcasing British manufacturing in a bid to boost the economy.  Hunt says he’s under quite some pressure to deliver an exhibition along the same lines in 2019.  Suggestions for titles … Can Britain Make It?

Hunt’s academic background and political experience has led him to the conclusion that the V&A needs to be a part of the response to the disconnect highlighted by the Brexit vote, between the regions and London based institutions.

He is taking the V&A back to its roots to democratise access to beauty, and showcase and teach good design.  Interestingly Hunt did not mention technology.  Future plans include more collaborations with regional museums including loaning  collections and educational programmes.

Examples of these initiatives could be found close by with the Royal Albert Memorial Museum benefiting from the loan of a Pop Art print collection and a training project in curating photography.

With what seems like a packed schedule with projects and initiatives, Hunt is also making sure the V&A is leading the way in debates about some very modern but increasingly thorny issues.  Hunt’s academic background in social history and experience as a politician (he served as Labour MP for Stoke-on-Trent Central and was previously the Shadow Secretary of State and Shadow Minister for Education) uniquely qualify him to navigate the complex questions that many museums are struggling with today.

Firstly on the subject of IP.  In an age of 3D printers and internet access to collections, what’s the balance of ownership and accessibility to art and artefacts?  The LIMA annual study of global licensing notes that Art Licensing is one of the fastest growing sectors in the industry.  The V&A was founded on a collection of plaster castes and so Hunt feels that the institution is in a good position to contribute to the debate. 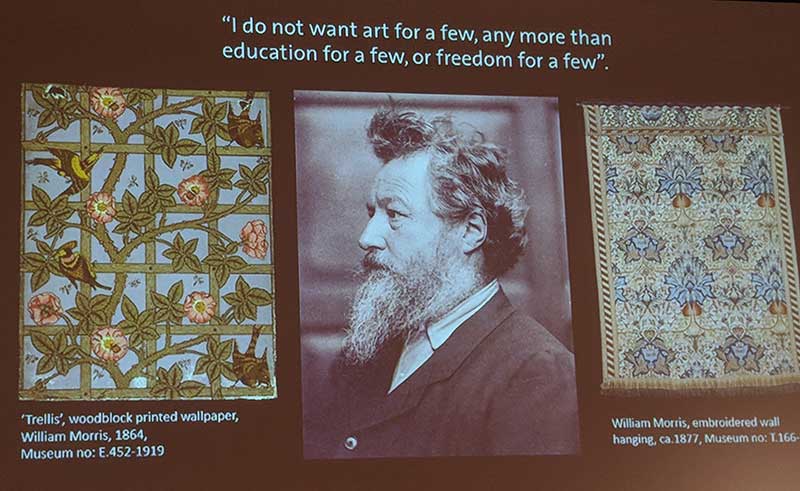 With questions about the repatriation of artefacts, Hunt wants to confront the UK’s colonial legacy head on. He feels the Macron political approach is too crude.  Items should be assessed individually, he says, taking into account what are often very complex issues.

Although it may be right to return some items, Hunt points out that in a world where nationalism is on the upswing, curating objects sourced from different cultures in a historical, political, geographic or even design evolution context is a valuable contribution that museums offer society to help us understand our place in the world.

In summary, a fascinating and thought-provoking evening.  And an example of the V&A’s outreach programme to the regions in action. 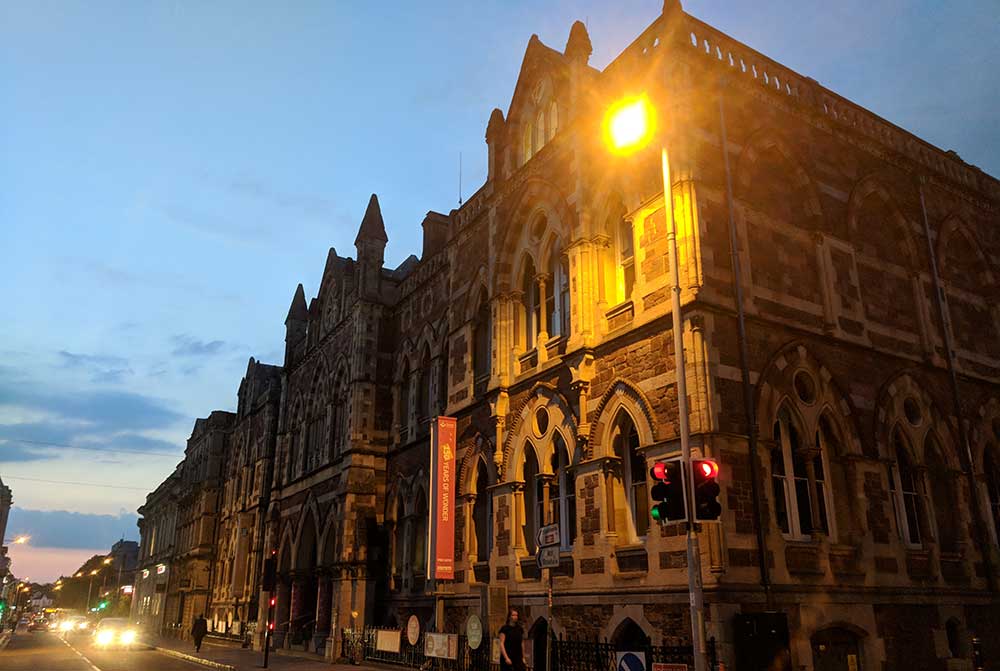 The St. Louis Aquarium at Union Station: PGAV on storytelling and design

Can Disney Princesses be transformed into more positive role models?