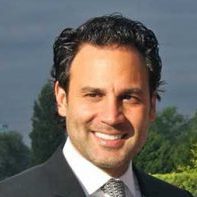 To say Triple Five own and operate shopping malls is something of an understatement.  The group has become synonymous with the concept of retailtainment, combining retail with high class attractions for over 30 years at West Edmonton Mall and Mall of America.

These malls are so large, with such a variety of entertainment on offer, that visitors spend an average of 2.5 days on a stay. At 40 million visitors a year, Mall of American is the most popular attraction in the US.

West Edmonton Mall was the first mall in the world to have an indoor theme park, an indoor water park, an aquarium, miniature golf course and an ice rink.

American Dream is under construction on the outskirts of New York City and plans are ongoing to build another in Miami.  American Dream will include The Nickelodeon Universe Theme Park, the world’s largest indoor DreamWorks Waterpark, an indoor ski slop, Kidzania, an ice rink, a Cirque du Soleil performing arts theatre, a SEALIFE and LEGOLAND Discovery Center, cinemas and miniature golf.

As President, Don Ghermezian is pushing the boundaries of retailtainment in the mega mall.