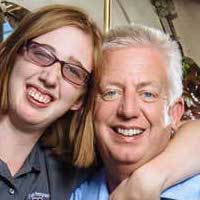 In 2005, property developer Hartman established The Gordon Hartman Family Foundation. Inspired by his daughter, Morgan, who was born with cognitive and physical challenges, the dream was to develop a theme park for children and adults with special needs.

The park strives to offer an environment where the common element of play creates an atmosphere of inclusion and positive joy. Admission for those with special needs is free. Accompanying family members, friends, caregivers and the general public pay a nominal fee. The ultra-inclusive attraction is the only non-profit theme park on TripAdvisor’s ‘Top 25 Amusement Parks – United States’.

Over a million guests have visited Morgan’s Wonderland in the past eight years. In summer 2017, the Hartman Family Foundation added Morgan’s Inspiration Island, the world’s first accessible waterpark.  Hartman’s passion and innovation to create a “park of inclusion” now influences mainstream theme park and waterpark design.