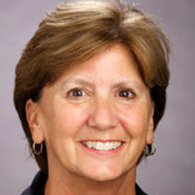 One of only two women to date to have lead IAAPA as its international chair, Cooper boasts an impressive executive record in the theme park and attractions industry.

A summer job in 1972 lead to a 25+ year career with Paramount Parks, including eight years as its CEO. She left Paramount (its former parks now part of the Cedar Fair group) to join Wannado Entertainment, helping establish Wannado City Fort Lauderdale, a children’s role-playing attraction similar to KidZania.

Cooper has been with Herschend Family Entertainment, initially as president, since 2006. Here she oversees the company’s diverse portfolio of businesses including the Silver Dollar City and Dollywood theme parks, plus several waterparks, aquariums, dinner shows, lodging facilities and also the Harlem Globetrotters basketball team.