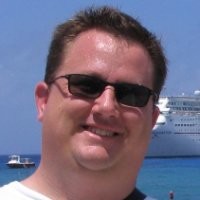 In June 1996, Hart created “The Ultimate Guide to Movies”, a website where he rated and reviewed dozens of films. It wasn’t long before his obsession for theme parks crept in and he added a travel guide to Disneyland, followed by Walt Disney World followed.

In 1997 he created a page to track new attractions under construction along with rumours about what was coming next. Before long “The Ultimate Guide to Theme Parks” was born.

The basic format of Screamscape hasn’t changed since. Although its design is still somewhat primitive, the breadth of information and the comprehensive coverage of theme park developments contained on the site means it remains an essential reference source for many in the industry, including theme park professionals as well as enthusiasts.