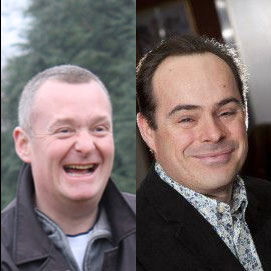 James Burleigh and Rob Hicks are, respectively, Divisional Director, Conservation, Welfare and Engagement and Animal Welfare and Development Director at Merlin Entertainments. Both have been with the Sea Life brand, with Merlin and before that at its precursor Vardon, for over 20 years.

Although Merlin’s resort theme parks are its most celebrated attractions, it also owns animal attractions, including over 50 Sea Life aquariums around the world.

Conservation and animal welfare have always been a core value at Merlin and its recent project to transport two beluga whales the 6,000 miles from China to a new home in Iceland was ground-breaking in many ways.

Created in partnership with global marine wildlife charity, Whale and Dolphin Conservation (WDC) and Merlin’s Sea Life Trust the Beluga Whale Sanctuary is one of the biggest developments in captive whale and dolphin care and protection in decades. As CEO Nick Varney says, “We are proud of this because it is true to our convictions”.

Burleigh and Hicks have been front and central in driving Sea Life’s conservation message. Public sentiment is moving against the exhibting of wild animals for entertainment even as some Chinese operators appear to heading in the opposite direction.