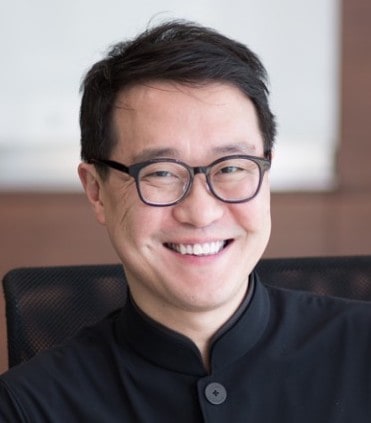 Doryun Chong is the chief curator at Asia’s first global museum of contemporary visual culture, M+ in Hong Kong, which opened to the public on 12 November 2021, presenting visual art, design, architecture and more

Chong became the first chief curator at M+ in 2013, before being appointed as deputy director and chief curator in 2016. He previously served as associate curator of painting and sculpture at MoMA in New York, where he was responsible for organising contemporary exhibitions and acquiring works. Exhibitions that he worked on at MoMA include Bruce Nauman: Days (2010), Projects 94: Henrik Olesen (2011), and Tokyo 1955-1970: A New Avant-Garde (2012).

M+ was designed by Herzog & de Meuron in partnership with TFP Farrells and Arup. It will be home to approximately 1,500 works, displayed in 17,000 square metres of exhibition space across 33 galleries. The museum’s opening displays will include six thematic exhibitions, including Hong Kong: Here and Beyond, the M+ Sigg Collection and Anthony Gormley: Asian Field.

“M+ was founded in Hong Kong with an ambitious mission to create a new kind of multidisciplinary cultural institution dedicated to visual culture,” says Chong. “No other museum has created a team, cultivated expertise, and invested resources and infrastructure to realise such a transformative vision on this scale.

“Compared to leading modern art museums in the West, M+ will look very different, because our vantage point on this side of the world is distinct. This is a multidisciplinary contemporary collection, grounded in Asia and like no other in the world.”