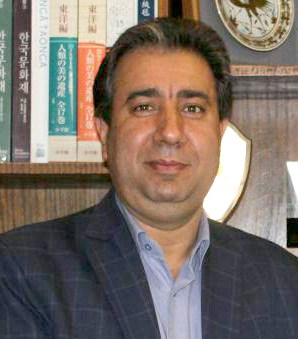 An experienced field archaeologist, Jebrael Nokandeh is the Director of The National Museum of Iran in the capital city, Tehran.

The museum is currently working with the National Museum of Ireland with the aim to broaden cultural ties between the two museums.

Jebrael’s focus has been on the data integration, organising storage areas and producing various catalogs of the museum’s important collections. He has organised and directed highly successful exhibitions  both locally and at abroad, at museums in Italy, India and Germany. The National Museum of Iran hosted an exhibition of works from the Louvre in March 2018.