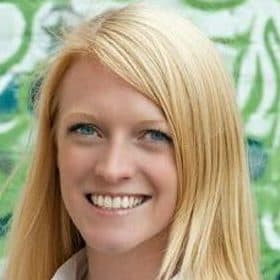 View all congratulations for Journey Gunderson 👏1

Journey Gunderson is the Executive Director of the non-profit National Comedy Center, which just two weeks before its temporary closure in March 2020 due to COVID, was voted the “Best New Museum” in the country by USA Today readers.

For over seven years, Gunderson led the planning, strategy, fundraising and creative development for this ambitious $50 million project, as her drive and determination were fundamental to bringing the  National Comedy Center to life.

Since opening in late summer 2018, the National Comedy Center has been named by TIME magazine  as one of its “World’s Greatest Places,” selected by People Magazine as one of “100 Reasons to Love America” and designated by the U.S. Congress as the United States’ official cultural institution dedicated to comedy.

This year, Gunderson has managed the museum through the pandemic with dedication and expertise. She has raised funds to help keep the museum on solid financial ground, whilst all the time creating innovative ways to stay engaged with comedy fans across the country.

She quickly pivoted and led her team in a new direction, developing and launching its new online content platform in just two weeks. The new National Comedy Center Anywhere platform features exclusive content directly from its interactive exhibits and rare archive material never-before-seen outside of the museum.

The National Comedy Center reopened on July 3, 2020 with LaughSafe, its new, state-of-the-art health and safety program. This has transformed one of the most interactive museums in the country and revamped the experience with protocols specifically designed for the COVID era. As a result, the museum experience delivered has been not only touch-free, but stress-free.