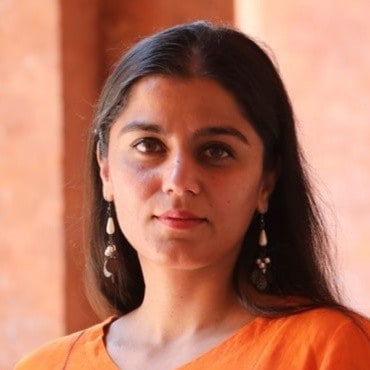 Mallika Ahluwalia is the CEO and co-founder of the Partition Museum in Amritsar in the Punjab.

The partition of India took place in August 1947 when British-ruled India was divided into two independent countries – Hindu-majority India and Muslim-majority Pakistan. This resulted in the displacement of an estimated 15 million people and the deaths of hundreds of thousands, with some estimating 2 million.The museum highlights the history, as well as a comprehensive archive on the Partition.

The Partition Museum opened in August 2017 (the 70th anniversary of Partition), and since then has received over half a million visitors. Its aim is to be a memorial to all the people impacted in the largest migration in human history.

Explaining her motivation to set up the Partition Museum, Mallika says, “I grew up with my maternal grandparents—the generation that lived through Partition—and saw that many of their friends were dying. History was being lost. I felt a deep need to honour my family’s history and the memories of thousands of others by creating a place for them to tell their stories”.

Prior to this, Mallika was the India Country Lead for Health Systems Design at the Bill and Melinda Gates Foundation in Delhi. While there, she anchored the Foundation’s work to bring increased accountability, access, quality of care, and financial risk protection through cross-cutting health system approaches.