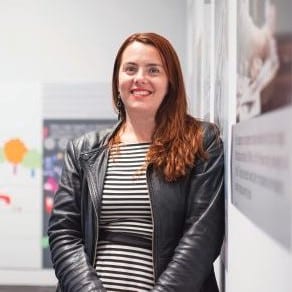 Silvia Filippini Fantoni is the Deputy Director of Learning and Engagement at the Newark Museum of Art in New Jersey, the state’s largest museum.

“A brilliant leader and thinker” according to one her her many nominations and a “an incredible leader and mentor” according to another, Fantoni started her role in New Jersey in October ’19 and as such, was still finding her feet when the impact of pandemic became apparent. Since then she and her team have worked tirelessly to develop an engaging online programme for the museum and the community it serves.

Building on her own digital knowledge to learn new skills, Fantoni has transformed her team from one dedicated mostly to on-site delivery to one that develops and delivers incredible programmes to online audiences.

One notable initiative has been Museum Crawl. This series features guest speakers from museums worldwide, bringing international knowledge and expertise to Newark’s audience. There will even be Museum Crawl with a tongue in cheek “Art Olympics” which will feature curator pitted against another in a battle of the collections.

Before joining the the Newark Museum of Art, Fantoni held senior roles at the North Carolina Museum of Art and the Indianapolis Museum of Art, where she led the museum’s efforts in developing temporary exhibitions, interpretive experiences, and audience research.

She has also worked at the British Museum and the J. Paul Getty Museum and has collaborated on award-winning projects with Tate Modern and the Metropolitan Museum of Art.

Fantoni was born in the medieval Italian town of Bergamo, surrounded by “old stones”’ from an early age. She has a Ph.D. in aesthetics and art sciences from The Sorbonne and a history degree from the University of Milan.