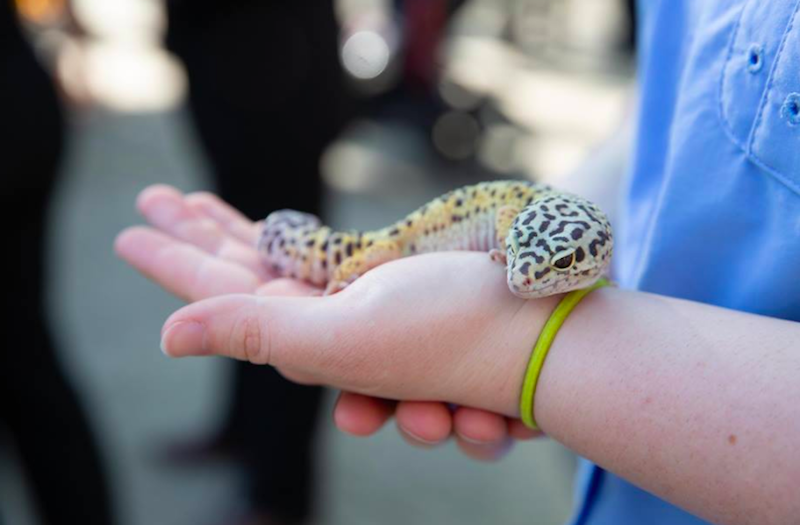 Construction is set to begin on ARCC, a 2.5-acre home for its amphibians and 12,000-square-foot reptile facility, in August.

According to Zoo Knoxville, ARCC will support the zoo’s “internationally recognised work with critically endangered amphibians and reptiles”.

The $18m development will also provide immersive educational elements focusing on STEM, and will include a new species of Cuban crocodiles.

Such exciting news to announce @zooknoxville ! Looking to the future with a new facility for our herpetology collection. #dreamwilder #wildlyfun #knoxville #knoxrocks Find out what part you can play in supporting Zoo Knoxville by visiting our Facebook page or website: https://www.zooknoxville.org/support-the-zoo/

ARCC will also feature a greenhouse that allows guests to watch herpetologists at work, and a large outdoor ecological habitat where children can collect specimens and take them back to the Adventure Lab to explore.

The attraction confirmed a joint $5 million gift from Jim Clayton and FirstBank. The amphibian area will be named the Clayton Family ARC Campus, while the reptile facility will be called the FirstBank ARC Center.

Zoo Knoxville’s herpetology team is internationally acclaimed and helped found the Radiated Tortoise SAFE programme, which is working in collaboration with conservationists in Madagascar to return rehabilitated tortoises to the wild.

“The use of the ARCC acronym for the new campus is a reflection of the role Zoo Knoxville has as a modern-day ‘ark’ and the work being done to save animals from extinction,” a press release stated.

The reptile and amphibian complex is just one element of the zoo’s master plan, which also involves renovating and upgrading large sections of the zoo – including a new habitat for its otters.

The master plan was approved by the zoo board in 2014 and includes major improvements to visitor experience and animal habitats. Its goal is to double the annual attendance of Zoo Knoxville to 800,000 people by 2026.

A $10m habitat for Malayan tigers and gibbons opened in 2017 as part of the master plan. This was followed by new homes for the zoo’s gibbons and langurs.

First Legoland Hotel in Middle East opening in Dubai in 2020