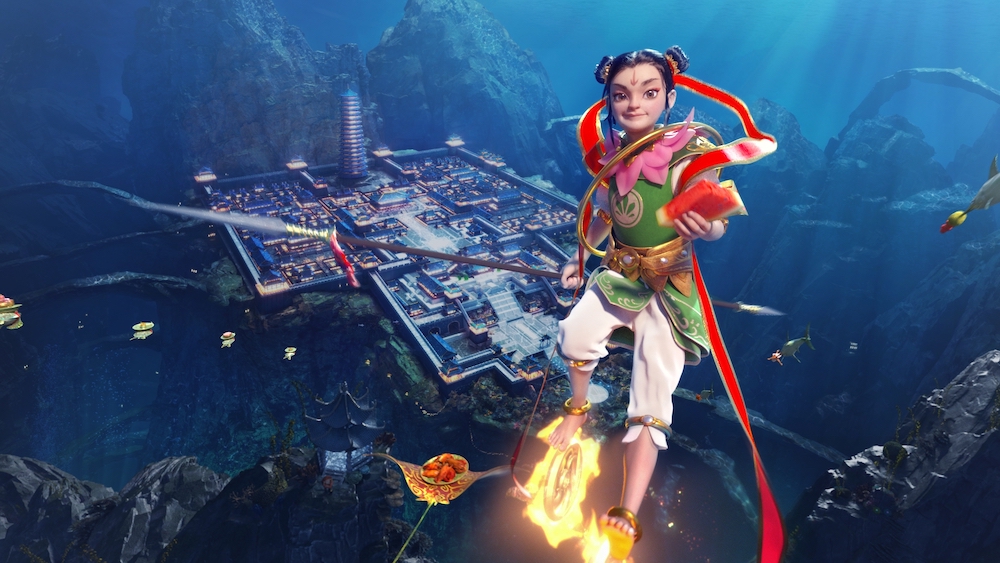 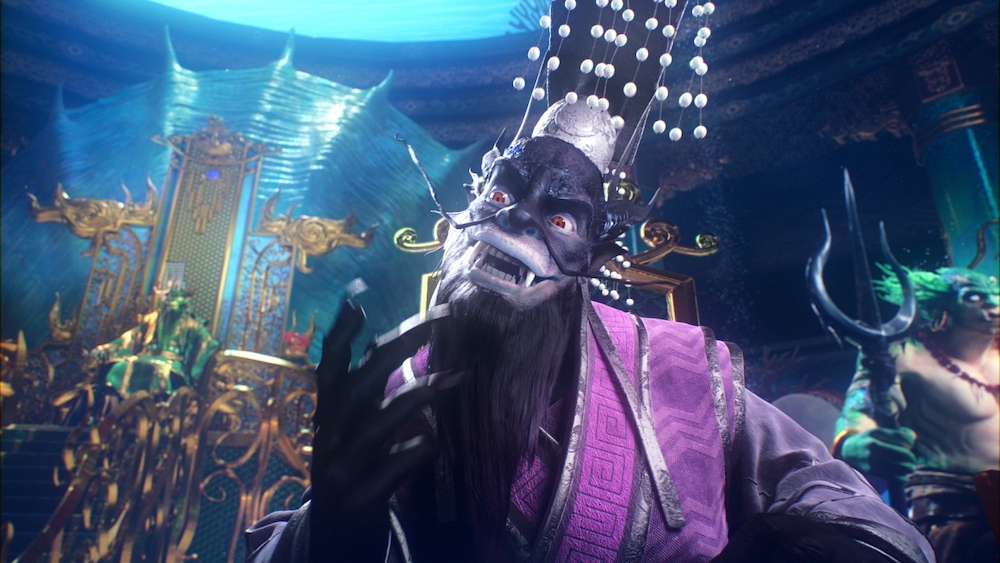 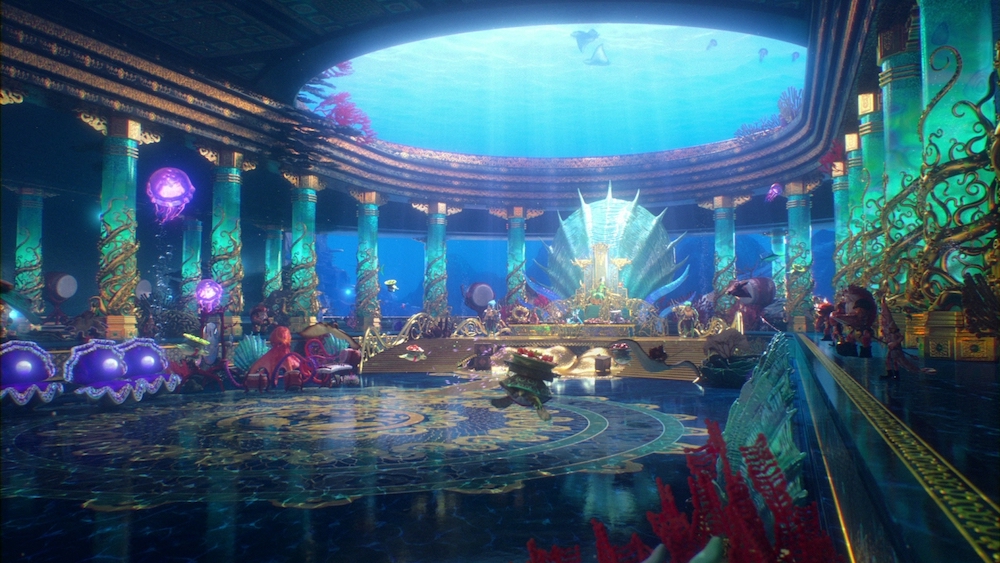 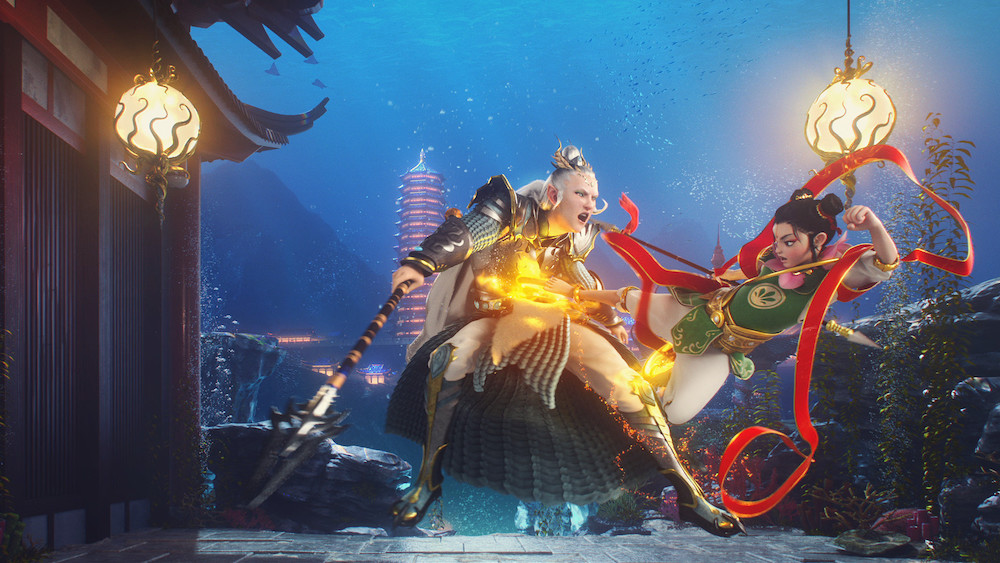 Framestore wrote and executed Pearl Quest, a dark ride for China’s Wanda Group which is in place at the retail and entertainment hub in Qingdao, China. Known for its attractions, Qingdao provides visitors with unrivalled access to entertainment at every turn, playing to a consumer hunger for immediately available, ambitiously scaled, immersive content.

Pearl Quest is a 2018 retelling of Chinese folklore deity, Nezha. A well-known character in Chinese mythology, Nezha is often depicted as a youth, found protecting his people from demons and dragons. Framestore created a full nine-minute entertainment experience which replicates the stories mythological details from the characters to the environments, architecture and language.

Framestore’s Rides Directors Gavin and Jason Fox led the charge in scripting the narrative from scratch, drawing on extensive research into the roots of Nezha’s story to deliver a contemporary take. Art Department and Design Studio concept artists visualised the piece, in an exploration period spanning 18 months; setting the look for the piece’s characters, creatures, weapons and environments.

The outcome of their extensive development is a vibrant, hyper-stylised animation, packed with fast-paced fantasy action. Throughout development, a virtual reality replication of the ride was available, something that was invaluable in imagining the proposed scenes.

Once on-site in Qingdao for the final install, the team could get hands-on with the media and make final amends to maximise its impact. They live graded the ride’s content, to offset the effects of the ambient lighting, and bringing dazzling vibrancy to the screened content.

The installation also allowed Framestore to test its ride car programming, engineered in tandem with the content creation by VFX Supervisor Eugénie von Tunzelmann. Although typically set in situ, the reactive movements factored in by animators in London translated well to the physical build, creating a seamless 4D experience for ride-goers.

The blurring of the digital and physical worlds was enhanced further by set dressing and additional media features, including an enormous dragon ball at the ride’s entrance.

In Qingdao for the attraction’s friends-and-family opening, the team saw 10,000 people come through the attraction in a single day, and had the chance to see families and children reacting to Framestore’s modern retelling of Nezha’s story.