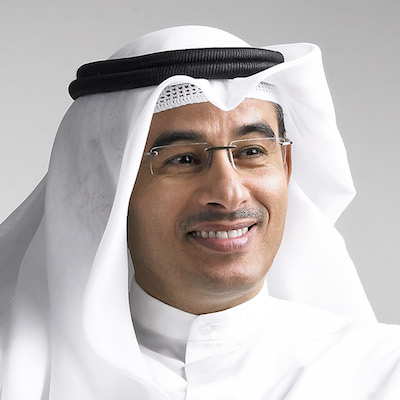 Alabbar has served as chairman of UAE-based Emaar Properties since 1997, presiding over its growth into a real estate company with a presence in more than 16 countries.

The firm’s flagship Burj Khalifa in Dubai is the world’s tallest building, adjacent to which sits the Dubai Mall. A supersized version of the shopping and entertainment model, up to 30 per cent of its offer dedicated to entertainment and F&B, including the Dubai Aquarium and Underwater Zoo, KidZania, VR Park and an Olympic size ice rink. Each evening, the world’s largest choreographed fountain show plays outside at Downtown Dubai against the backdrop of the Burj Khalifa.

Under Alabbar’s leadership, Emaar has established developments, often with a significant leisure component, in India, Pakistan, Turkey, Syria, Morocco, Egypt, Nigeria and the United States. Some of its  recent flagship projects include the Beit Misk in Lebanon, Jeddah Gate in Saudi Arabia and Samarah Dead Sea Resort in Jordan.